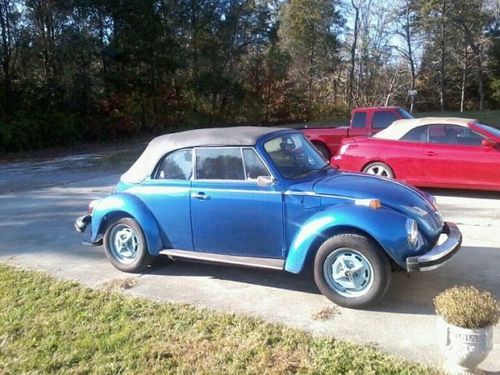 This auction is for the pictured 1979 Superbeetle convertible.  79 was the last year this beetle was made.

It is about 75% restored and with a little work it would make a great show car.

We always get looking driving this baby around town.

The floor pans are in good condition.

The buyer will be responsible for pickup.  I am willing to meet someone within a 100 mile radius of Knoxville, TN

As is purchase.  You will not be sorry.   We bought this car as a toy, but looking for the $$$

Thanks in advance for viewing my bug.