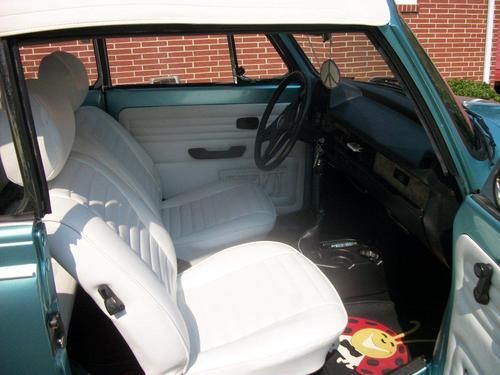 Condition: UsedA vehicle is considered used if it has been registered and issued a title. Used vehicles have had at least one previous owner. The condition of the exterior, interior and engine can vary depending on the vehicle's history. See the seller's listing for full details and description of any imperfections.Seller Notes:"1979 Fuel-injected Super Beetle Convertible. Sold new to California market then transferred to Florida. All original body parts; never in an accident; never any rust. New top, paint, tires, battery. Speedometer head changed out at 70,000 miles and now reads 12,393 so a total of 82,393 miles as of today. My mechanic said that is the strongest VW he has ever driven. Over $17,000 invested. I had heart bypass surgery and can no longer enjoy it. Local pick-up only at my residence or at nearby town in Tennessee."