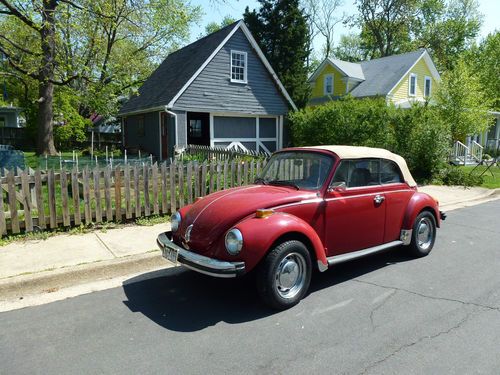 Pristine Beetle Convertible with only 7000 mile on total engine and body rebuild.  This bug spent most of its life in New Mexico and has no rust.  This was a one-family car there for almost 40 years and has been garaged for the past 5 yeas in VA (only taken out in the nice weather).  Its fuel injected engine has plenty of power.  There are not too many left in this condition.  Shipping is up to the buyer to arrange but I can assist from this end.  No PayPal.  Direct deposit or cash will be require within 3 days of winning bid.  This is an older vehicle and is being sold as-is but I have confidence the car could make it anywhere in the continental US under normal driving conditions.