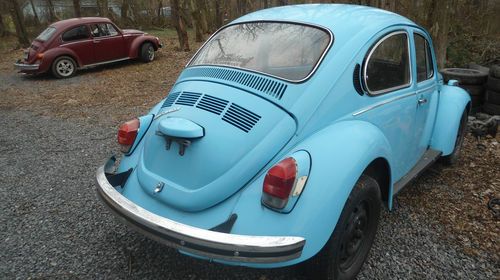 For your consideration 1972 Volkswagen Super Beetle in fair to good condition. Body only no engine/transmission. Can be restored or used for parts as the doors and fenders are still in good condition. Vehicle is without seats but does have door panels and headliner. All glass is in good shape with rear "flip-out" windows.  Vehicle must be trailered or towed with tow-bar. Clear title.