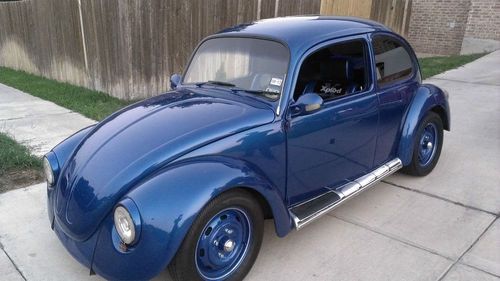 Condition: UsedA vehicle is considered used if it has been registered and issued a title. Used vehicles have had at least one previous owner. The condition of the exterior, interior and engine can vary depending on the vehicle's history. See the seller's listing for full details and description of any imperfections.Seller Notes:"Not perfect but very nice!"

1972 beetle whith radical customizations inside and out.This is a very nice restoration and a real head turner. This car has a very nice show quality paint job with customized interior.The engine was replaced New  around 4 years ago &  still runs and drive Excellet. This car  has been well maintained and, alway's garaged kept.This will make someone a nice weekend cruiser or Daily driver.

Custom made deck lid (one of a kind)