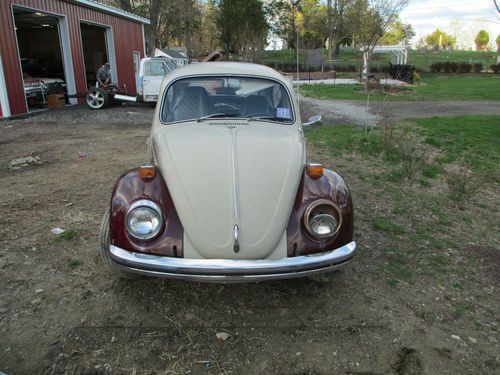 Up for sale is a 1970 vw beetle This is either a parts car or a heavy restoration project. Runs and drives all new tires, spark plug wires, ignition with spare key and a new generator. The rockers on both sides will need to be replaced also on the drivers side quater panel it will need a patch panel. The drivers floor pan was instaled by the last owner. There has also been a patch over the rocker on the drivers side to prevent the rust from spreading. Interior will need to be reupholstered like i said runs and drives just body work problemes VEHICAL IS SOLD AS IS and will need to be traliored from my house. Happy bidding.