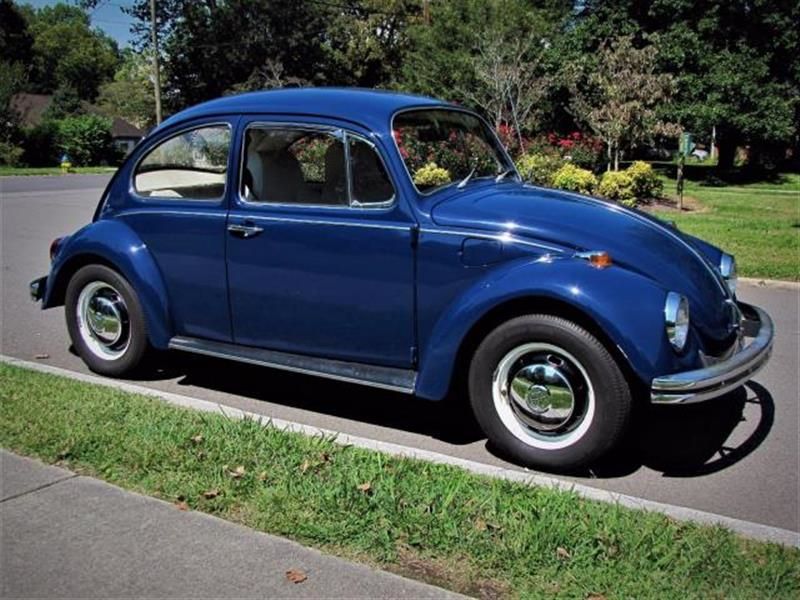 eMail me for more details : JaniceGoodenoughxy7d021c0@yahoo.com You are looking at an all original VW Blue, 1968 Volkswagen Beetle with whiteinterior and the original 1500cc engine! Matching numbers. One of the few leftin this condition. These were very basic cars that were known for theirreliability, fuel efficiency, air cooled engines, and traction in the snow. Thiscar will attract anyone who has a passion for the vintage curved body style,55mph wind cooled, one and only beetle sound!. It starts, runs, and drivesexcellent. Notice the amazingly well preserved condition under the hood with theContinental tire, and the seats with no tears, the clear glass, the rims withthe factory black paint around the chrome wheel covers! All of the originalequipment, gauges, and lights work. Radio and exterior paint have been updatedsometime in the past. Comes with the original owners manual and owners card.