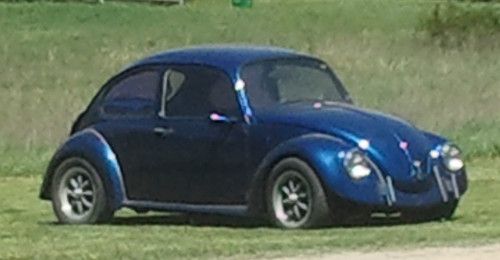 This sexy little German is named Heidi
It has a $2,200 rebuilt engine is out of a 1971 Super Beetle bored out to a 1,985cc with a big cam kit with 120bhp
The motor has an estimate 300 miles on it since rebuild
It has a completely restored interior
It has a Hurst shifted 4 speed with reverse lockout
EMPI rims
T Nerf bars
Wiper Blade delete kit
Decklid stand off
It is lowered 2 inches in the back and 3 inches in front, gives it a very nice stance
It has megaphone mufflers
Many other custom touches
All parts total over $5,000
It runs great. It has a very strong engine. If you pop the clutch you can pick up the front end. The transmission is perfect. It has a great sound to it.
I will consider trades for another type of muscle car or classic truck. Perhaps a rat rod. Or a running T-Bucket or deuce coupe style project.
This car is worth every penny.