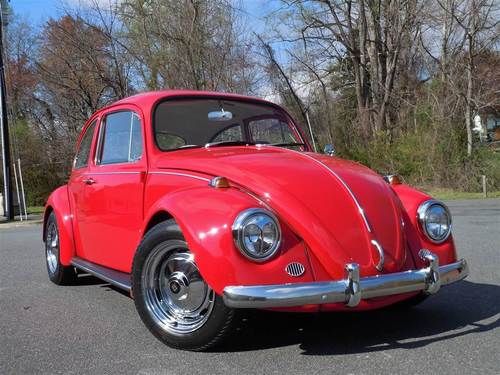 Condition: UsedA vehicle is considered used if it has been registered and issued a title. Used vehicles have had at least one previous owner. The condition of the exterior, interior and engine can vary depending on the vehicle's history. See the seller's listing for full details and description of any imperfections.Seller Notes:"This vehicle was restored approximately 8 years ago. Overall, it is in excellent condition with very minor chips in the paint. Some of the original trim pieces aren't perfect, either."

I have personally owned this beautiful 67 VW Beetle for 3 years. It has been completely restored and is only driven in nice weather.  The car is what I would call a resto-mod or resto-custom.  It has a stock appearing engine, but has been built up considerably on the inside to support future mods, if desired. The paint is a beautiful Porsche Guards Red in PPG Base/Clear.  The body is very solid.  The only metal repair that was needed was a new passenger side floor pan due to some minor rust in the battery tray.  Instead of patching the floor, the restorer replaced the entire floor pan at the seams for a factory appearance.  The restoration is approximately 8 years old with less than 2700 fair weather miles.

Many collectors consider the 67 beetle to be one of the most collectible VW's ever made.  1967 was a special year for VW Beetle.  It was the first year for a 12 volt system as prior years were all 6 volt. However, it still retained the styling of the earlier beetles such as the painted dash with the chrome trim.  67 was the last year for this as in 68 they went to a padded dash.  VW retained the 5 lug wheels in 67 as well as the more stylish chrome bumpers and horn grills below the headlights.

Here are some of the details: 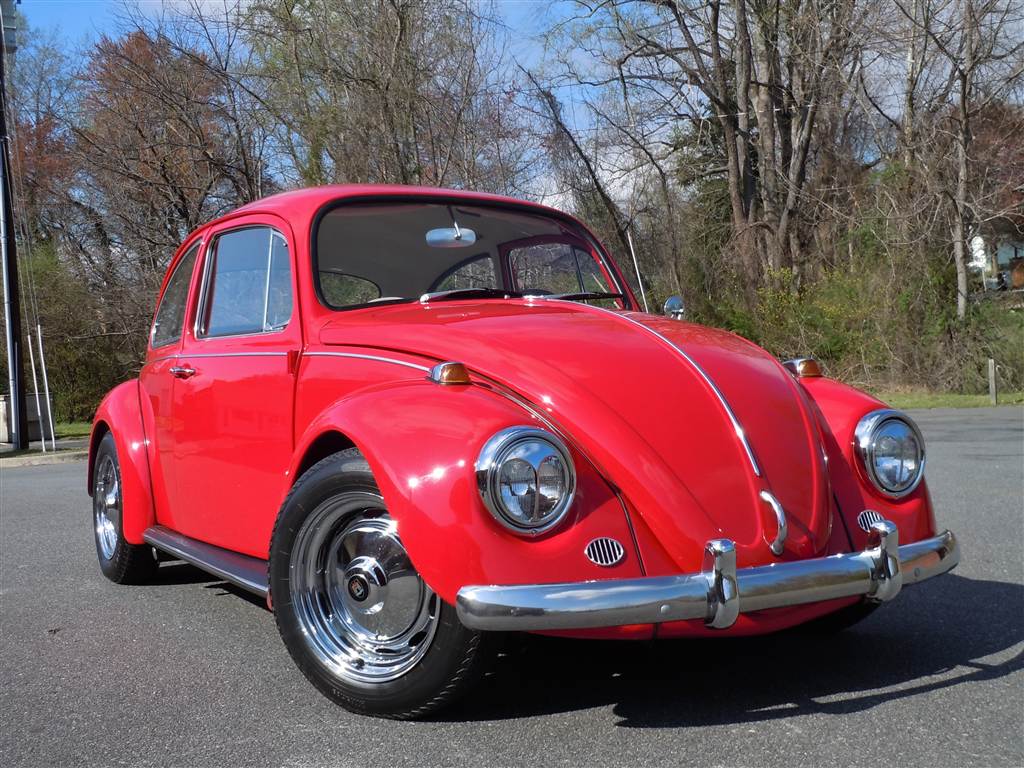 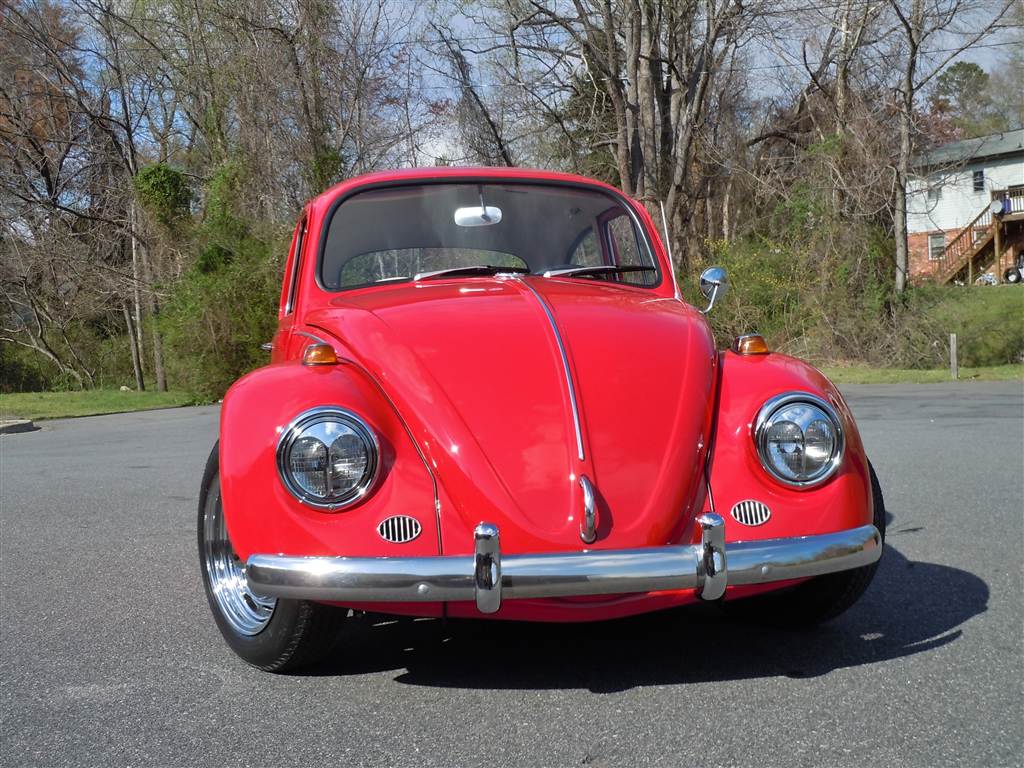 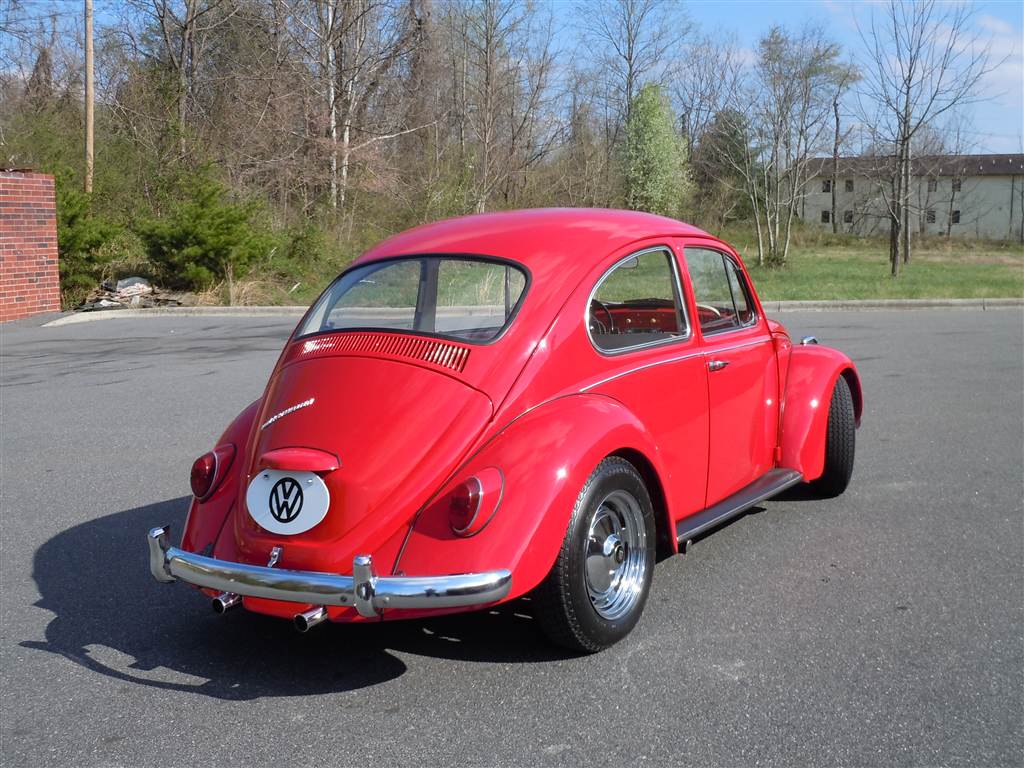 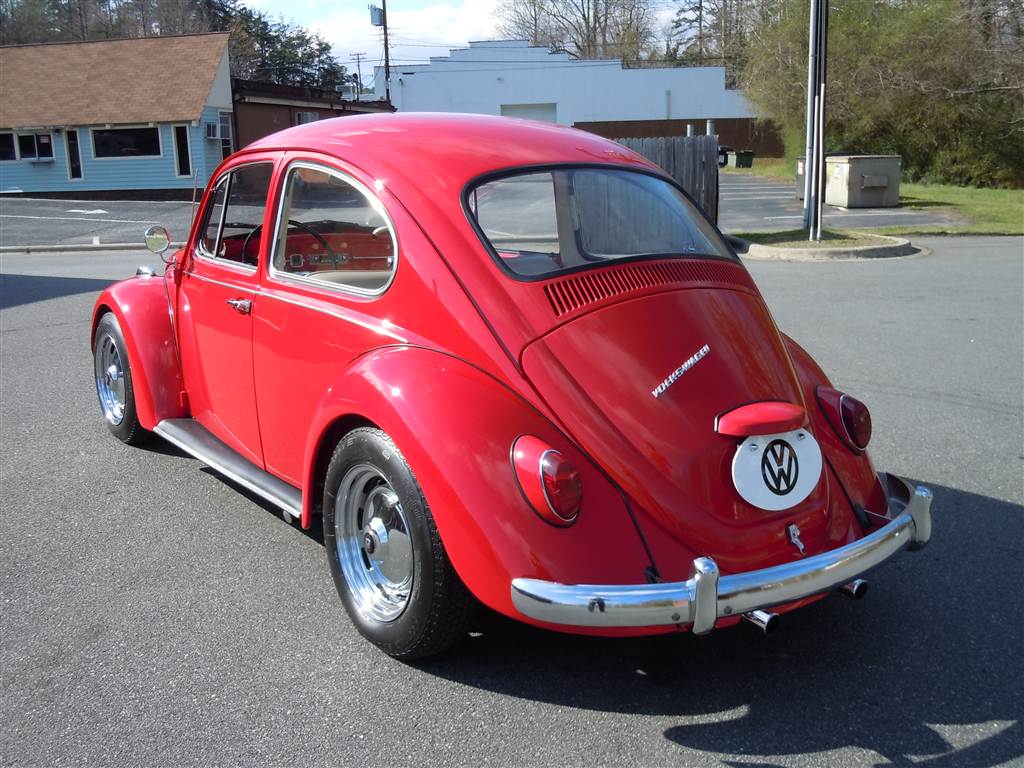 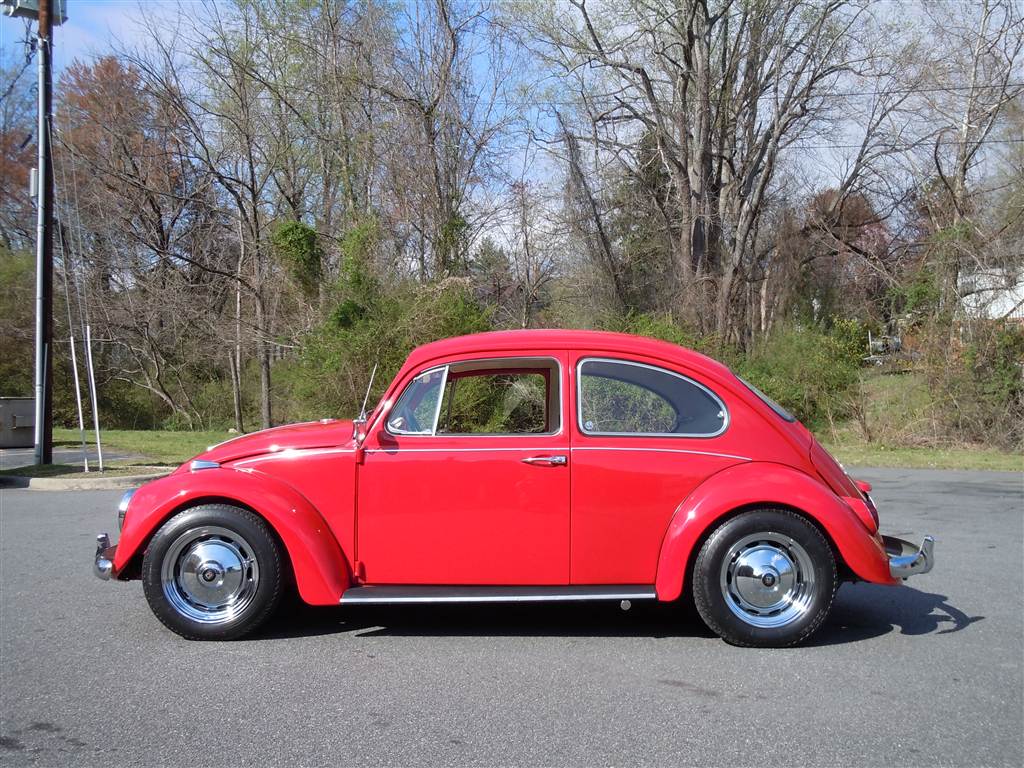 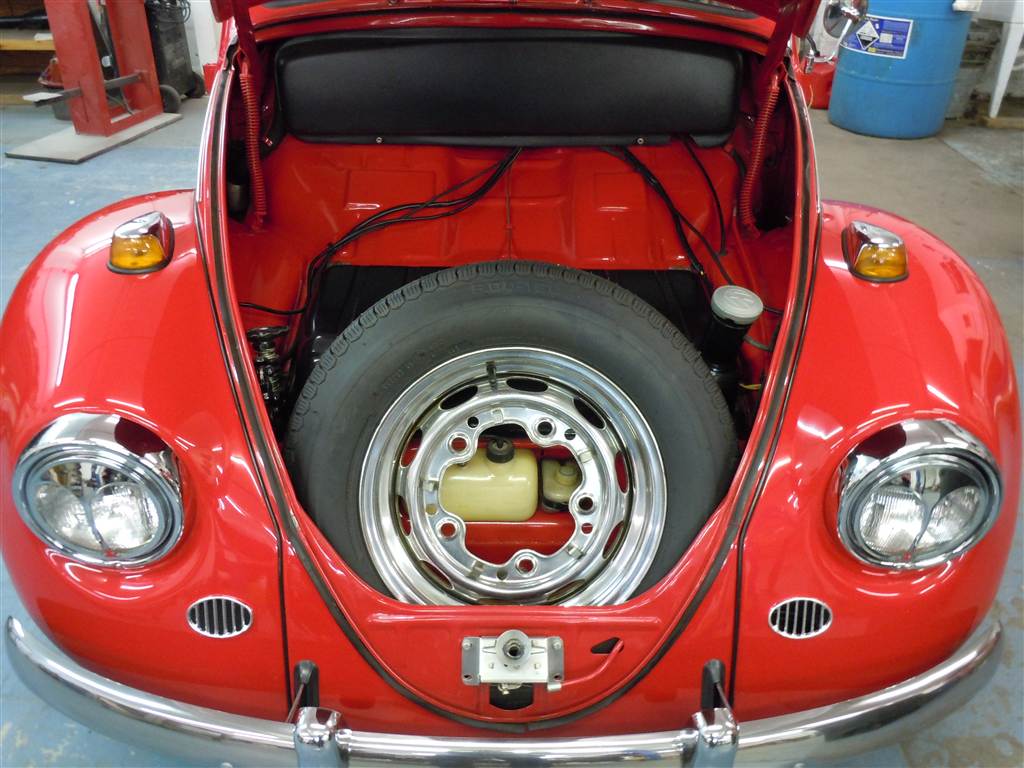 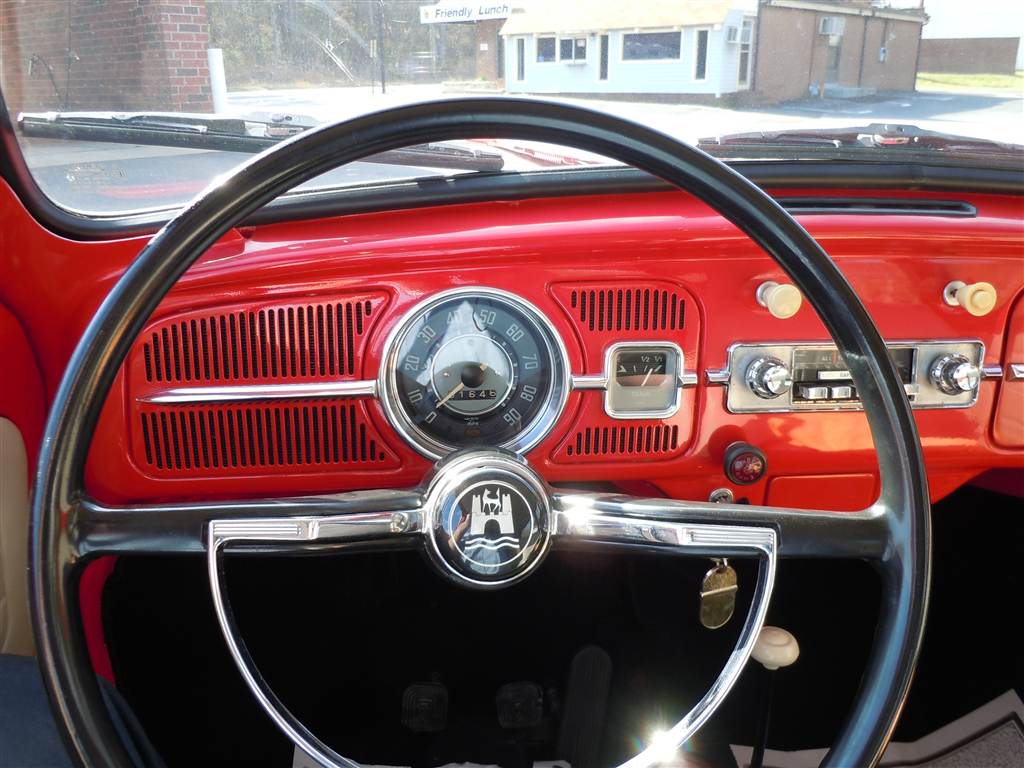 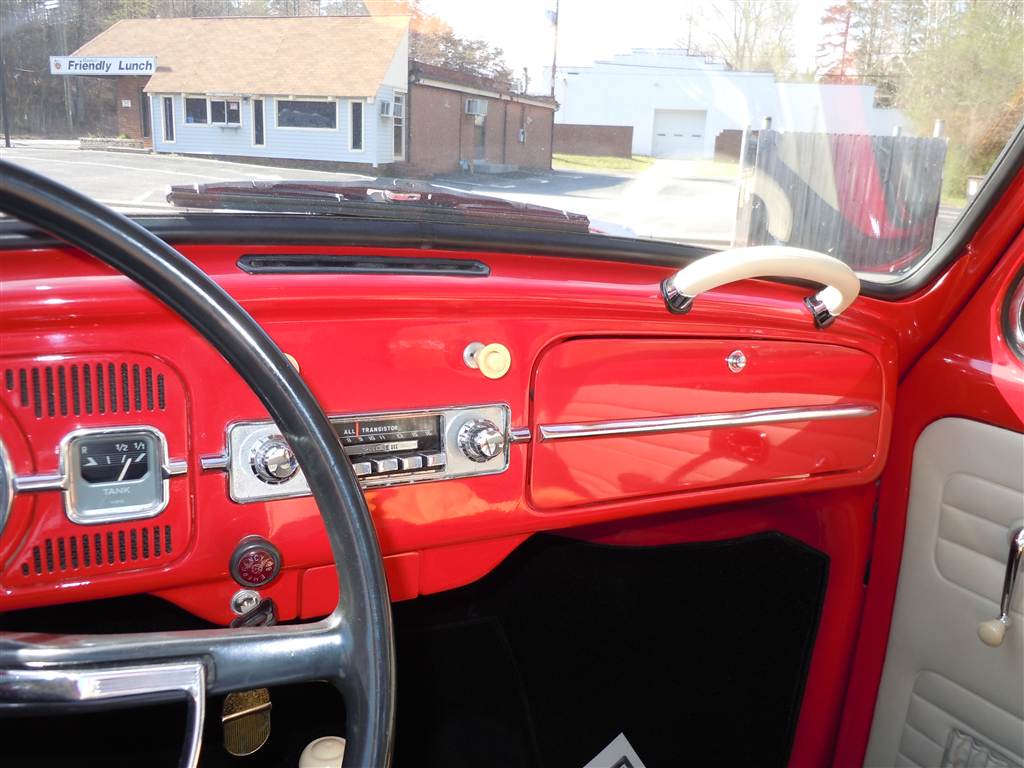 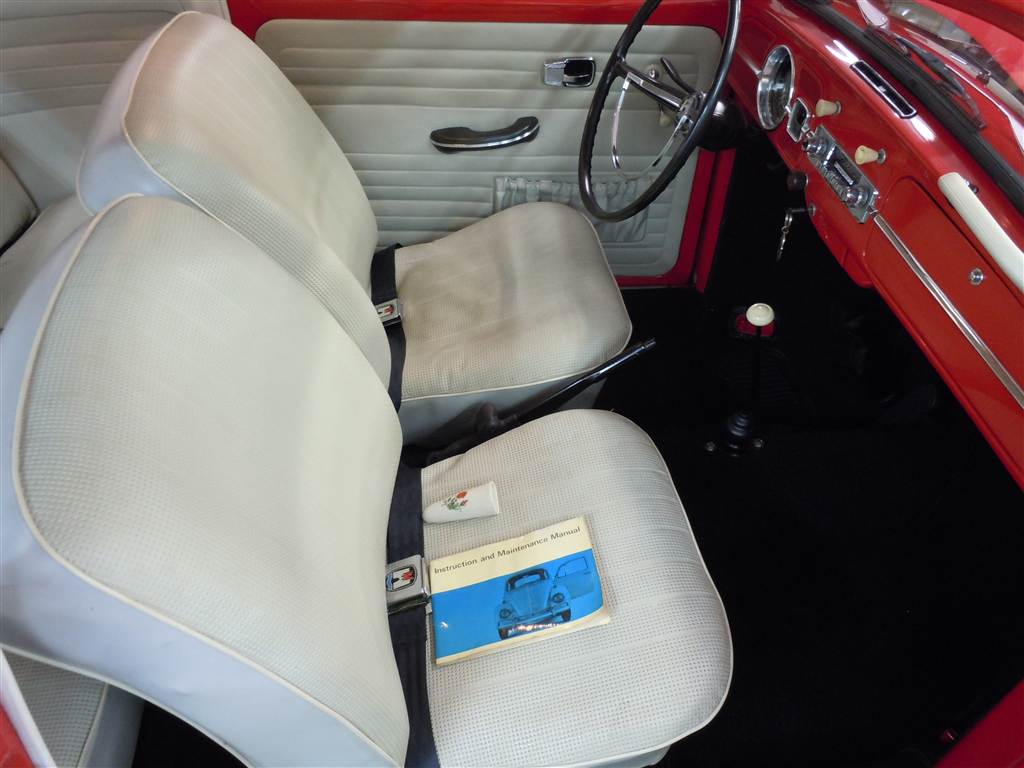 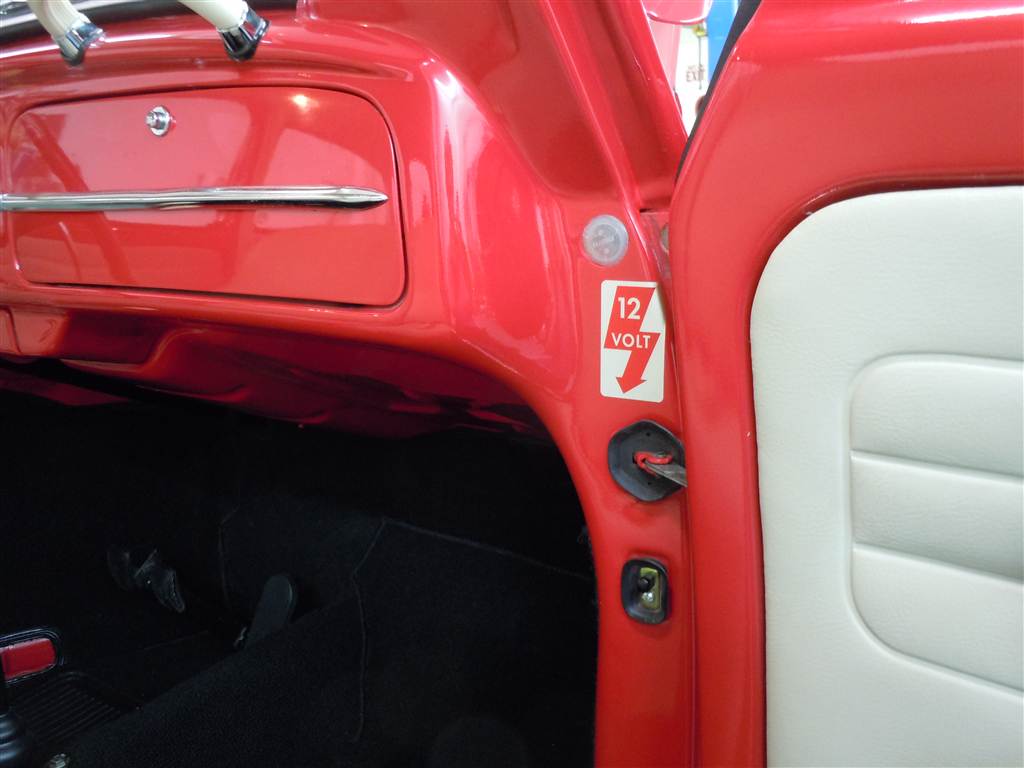 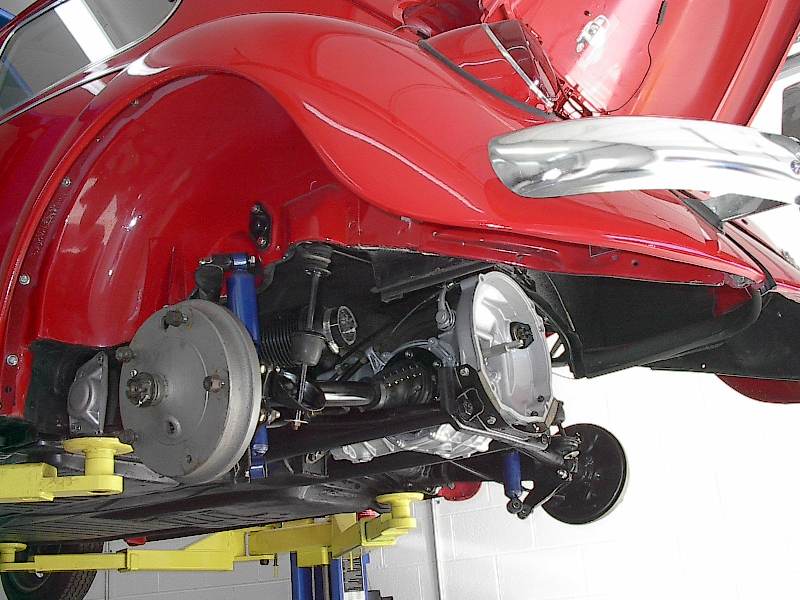 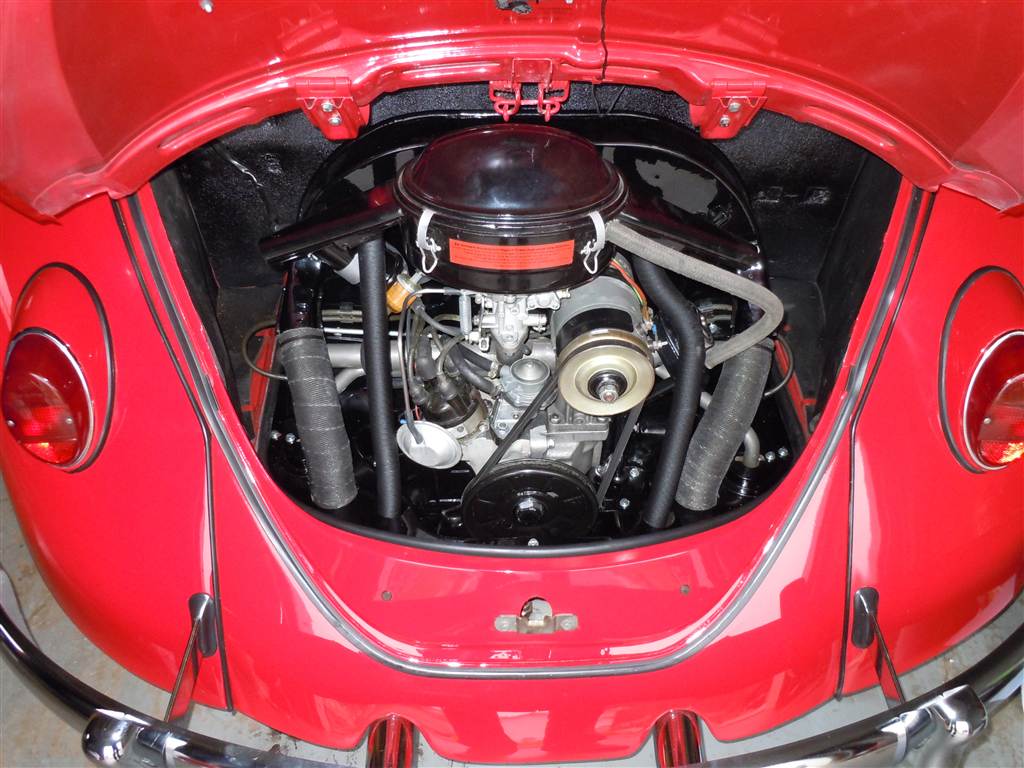 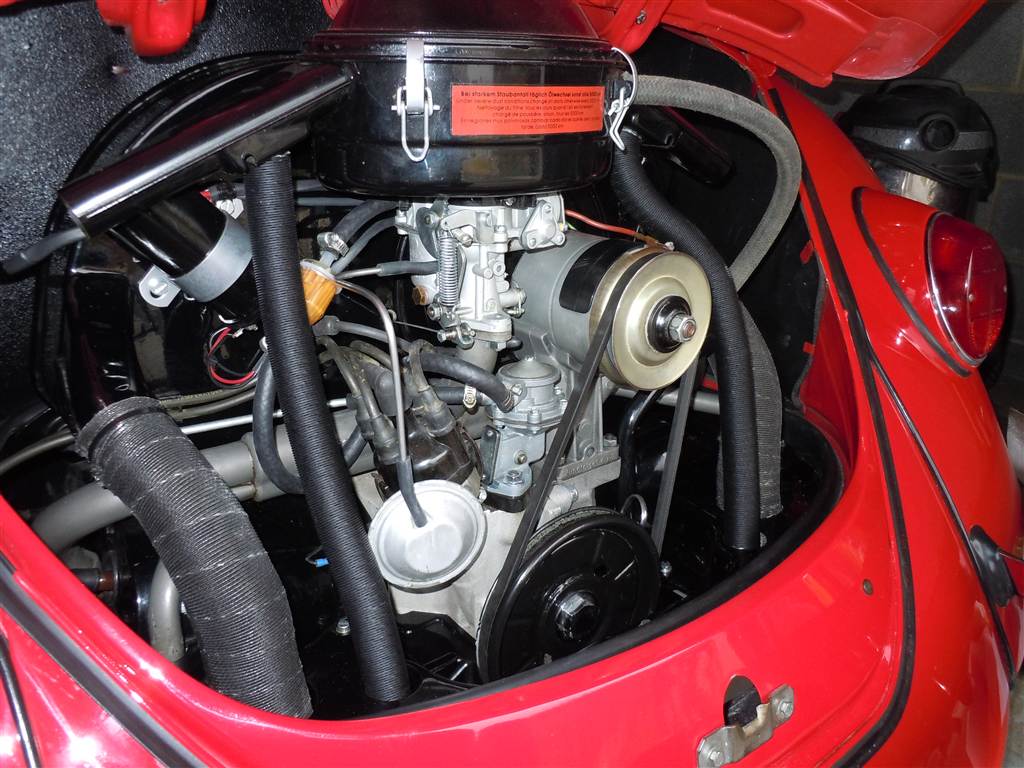 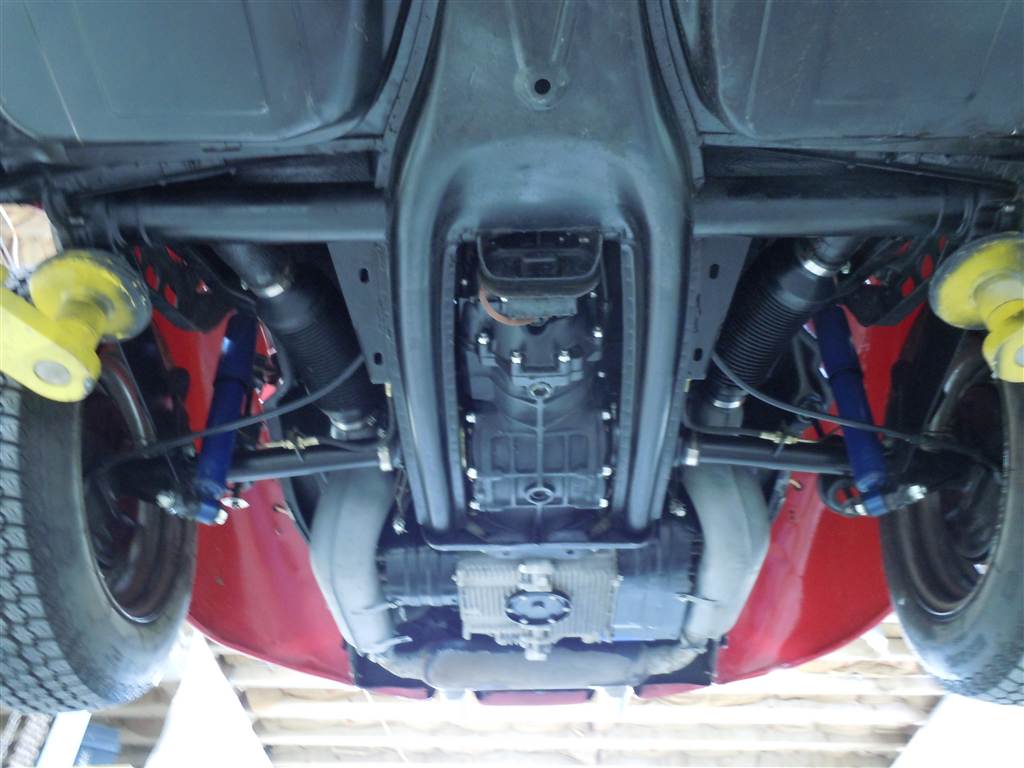