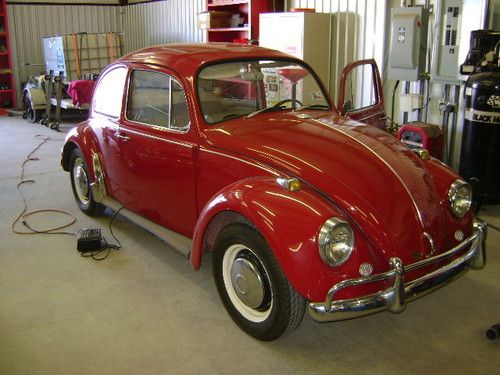 1967 volkswagon beetle, options include, sun roof, two tone wheels, monza exhaust, 12 volt (first year). , bar over bumpers, reverse lights. i traded for this car that has been in storage for 15 years, it drives and runs great. The paint is flaking in some places, and really needs a better paint job, no bondo or rust, the heater actually works very well. i dont know, but i think is the original milage, the interior looks to be original. I took these pics without even cleaning it up. I put gas and battery in it, and drove it! any questions, call me at 806-745-6209, keith. Thanks.