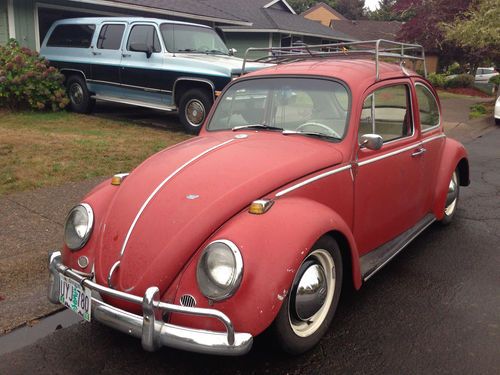 Im selling my 1965 Beetle. It has a new engine with about 4000 miles on it, engine is a 1200, lowered in the front and back, new disc breaks in the front,  four speed manual transmission, Brand new White interior, new carpet, 10 inch JL Audio sub and amp in the back memphis car audio and Mixer Audio speakers, new beam installed, new windshield, I am the second owner. This Bug is in amazing condition runs great and gets heads to turn!