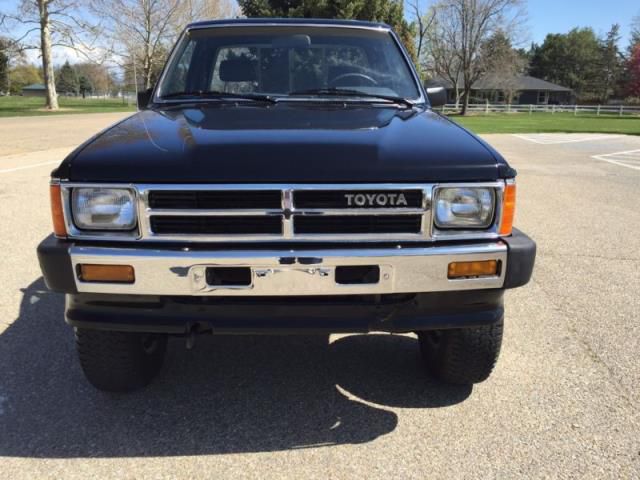 1988 Toyota extra-cab SR-5 four-wheel-drive with 191K 1988 Toyota extended cab SR-5 four-wheel-drive22R-E 4-cylinder four-speed-manualPower steering factory alloy wheelsGood tires clean titleBedliner all the gauges workGood interior good paint and bodyThe stripes are in excellent shapeAs you can see in the picturesRuns and drives great four-wheel-drive works greatthe miles are 191.000100% rust free from top to bottomA very good-looking truckNo mechanical issues clean Idaho titleNon-smoker never was abusedHeater works greatIt was never off RoadIt was locally ownedIt is a real eye catcher It's up for a seven day worldwide auctionYou have 72 hours for full payment at the end of saleattention buyers if you have no feedbackplease call before placing bidNo PayPalFeel free to call the number below for more infoThank you208.577.8553