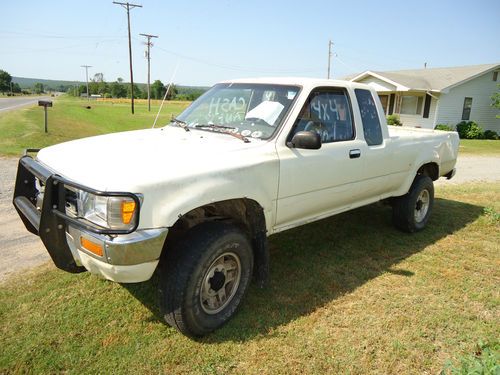 Truck drives nice and is sturdy little 4x4 has some cosmetic issues as pictured, little dents here and there. the extended cab on passenger side is out just have small piece of plexiglass taped over it. but they only cost 50.00 if you feel like replacing. heater worked as of this winter a/c works just needs recharged. non smoker owns truck so no smoke smell. front  windshield is cracked. Good running truck was my daily driver until we purchased a new car. just sitting now and needs a new home great little hunting rig also. truck is local pick up only but if you have trucking co. shipping it im right off hwy so no big deal with access