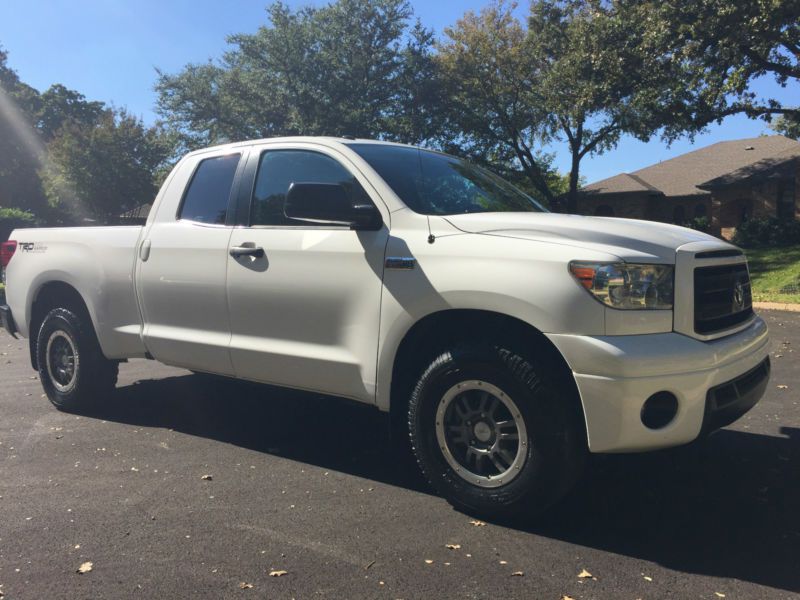 If you have any questions or would like to view the car in person please email me at: ionaiggrosh@magpiefans.com .

2010 391HP 5.7 Toyota Tundra with the Off Road Rock Warrior package.
This is the Rock Warrior package which is comparable to the new TRD PRO package. Its loaded with skid plates, rear steel bumper, adjustable headlights, upgraded billstein suspension and BFG A/T tires.

Most of these Rock Warriors came with the basic interior options....but this Tundra has the factory upgraded JBL stereo system with subwoofer, 6 disc CD, USB and Aux imports, Factory Bluetooth for hands free calling, adjustable headlight height as well as steering wheel controls for your stereo. You'll be hard pressed to find another Rock Warrior in this good of shape that hasn't been beat up or is loaded with these options; I GUARANTEE IT!!!