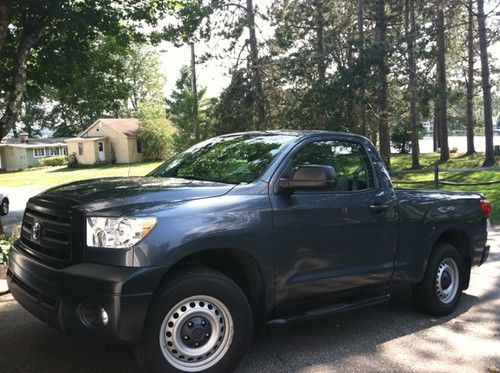 Condition: UsedA vehicle is considered used if it has been registered and issued a title. Used vehicles have had at least one previous owner. The condition of the exterior, interior and engine can vary depending on the vehicle's history. See the seller's listing for full details and description of any imperfections.Seller Notes:"Excellent Condition,40500 Highway Miles,Metallic Grey exterior with Grey Vinyl interior,small V8 with 6 speed automatic with paddle shifter and limited slip differential.18.5 MPG(up to 22.5 highway MPG)Towing Package, tubular running boards,stock dual exhausts,and New Michelin All Season Tires,all maintenance with Mobil 1-next scheduled service 48,500. KBB and NADA suggested Private Party sale price is $16250. I am the original owner and no longer need this great truck. Call Dave @ 7742393642"