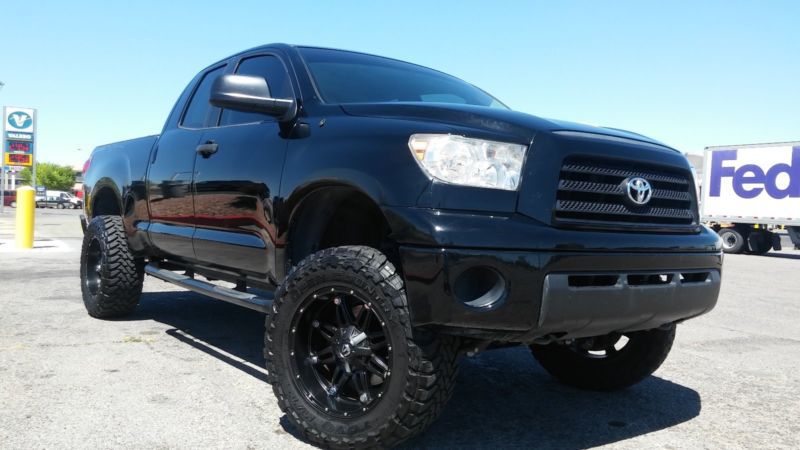 ANY QUESTIONS JUST EMAIL ME: beatrizbsspadafino@ukuni.com .

Newer Toyo Open Country tires that have less than 5k on them (see pics).
Fuel black deep lip rims.
Dvd in the headrest.
Rare leather seats that are in great condition black on black.
Custom running boards.
6 inch custom Rough Country lift.
Blue LED interior lighting which adds a nice touch.
6 disc cd changer.
Drive anywhere! Reserve is only 18,500!! Click description. Sharp reliable truck ready to hit the road. Lifted! I
am moving further away from my work and won't need a truck to drive the long drive. Truck was very well taken care
of.
My wife still drives this so the miles will go up some. There are no known issues with this truck other than stated
here. Body is in good shape with only a few small dings here and there and light scratches that is common on black
paint. Paint is still nice and shiny with the hood showing some clear coat flatning from the sun but not too bad.
Also the front right turn signal for some reason is out again. I have changed it a few times already but after a
wile it goes out again. I believe it's a lose connection. Only other thing I can think of negative is sometimes
when breaking hard it pulls to the side occasionally. Never taken off road. I have quads for off roading. Very
reliable Truck.