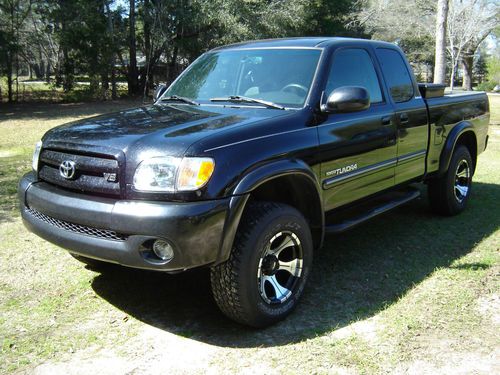 I bought this truck with 33,000 miles on it and all the rest have been highway miles, I have not put it in 4 wheel drive 10 times since I have owned it. There is absolutely nothing wrong with this vehicle, i am a fix stuff even if it is not broken type of guy and because of that the vehicle is extremely well maintained. There are no leaks and no issues that I am aware of. It looks and drives great, I put new shocks and struts on within the last 6 months and new tires and wheels about a year ago. There are two minor dents in the rear bumber but are nominal too fix. There are some paint blemishes and honestly the truck could use a good waxing. I have the title in hand and the vehicle is extremely clean inside and I am a non-smoker. The truck is fully loaded for that year except leather. I am getting rid of the truck because honestly I have too many vehicles. Dont let the mileage scare you, i would drive this truck to California tom and not even be concerned about it. If you know Toyotas then you know how long they last. This is an absolute must see and drive. There is some room for negotiation on the price. You wont be dissapointed in this truck. I have provided pictures of the Kelly blue book, NADA and what CarMax offered me. I would rate the truck as in very good condition and so did Carmax but of course they offered me wholesale prices and I just could not let it go for that little. Call or email me with any questions you have.