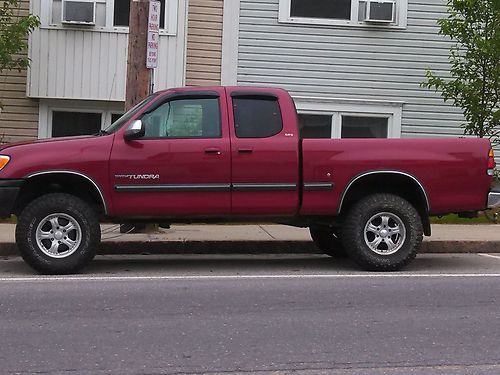 This Toyota is driven daily has some rust on bed and needs one rocker.has new frame runs great looks good has a spare set factory rims also.has p285goodyear tires w/TRD off road rims on it now.power window locks and a/c also has tow package!