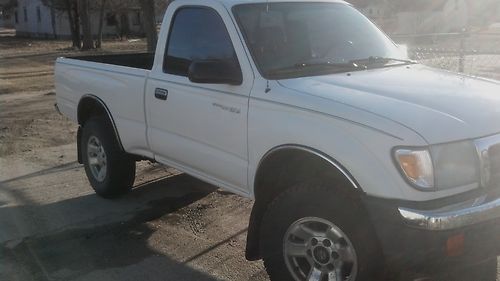 I have a 2000 toyota tacoma in used condition, minor dings on roof, chrome bumber panels in the front are rusting and need redone and side of vehicle has minor dings and scratches but nothing too serious.  Vehicle is very mechanical sound and doesn't use oil.  It is a 4WD and is a Manual transmission.  I have owned the vehicle for 6 yrs and believe that I am the second owner.  Tires are new this year and all in all the vehicle is very reliable.  I am listing this privately also and will end item if sold unless someone has met my reserve price.  Ask questions and I will consider offers.