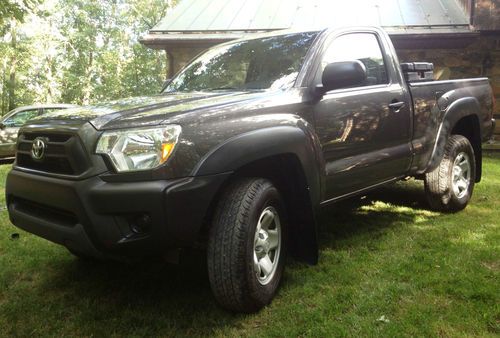 Condition: UsedA vehicle is considered used if it has been registered and issued a title. Used vehicles have had at least one previous owner. The condition of the exterior, interior and engine can vary depending on the vehicle's history. See the seller's listing for full details and description of any imperfections.Seller Notes:"2 very, very small dents on passenger side. Vehicle is in excellent condition."

Truck is in excellent condition.  Pickup is easy on gas and 4 wheel drive.  Drives and rides smooth.  Truck is a 5 speed manual, and has electronic shift 4x4.  Hi and low 4x4.  Has a receiver hitch and light hookup.  Toolbox on the bed.  I am the only owner of this vehicle.  Bought it myself in may of 2012.  Buyer is responsible for shipping.  Due to Internet scams I will only let the vehicle go once I have cash in hand or cashiers check.  Would be happy to arrange a visit to see/drive the truck.  Please feel free to call me anytime during the day or up to 10p.m.  540-550-0063