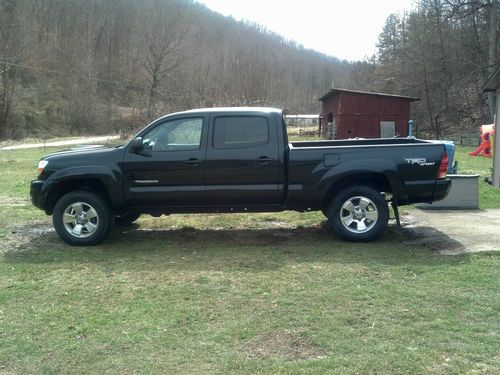 Truck has a Kentucky  rebuilt title but still is in need of additional work.  Engine needs miscellaneous items such as power steering hoses, belt tensioner, cooling hoses etc.  All engine components are intact and present.  There are a few spots on sheet metal that need some minimal body work, window support on passenger side and driver's door require the most attention..  Air bags and glass are good.  Interior is in great shape, no tears, just needs cleaned.

****  Mileage on title is unknown but it lights up 23,984  ***  I bought the truck shortly after it was wrecked and have had it in my garage working on it slowly since purchase.  Once again this truck does need some additional work to be complete and is being sold AS IS.

All part that were replaced were factory Toyota parts.  I bought the truck as a project truck to rebuild but need to sell.

Please Ask All Questions Before Purchase. Thanks!