2003 Toyota Tacoma No Rust Ever Southern Pickup on 2040-cars 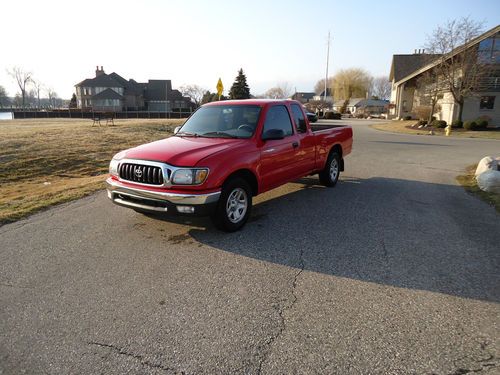 Hello bidders, up for auction is this super clean, no rust ever 2003 Toyota Tacoma. The Toyota has been here in Michigan one year and has never been driven in the snow. The truck runs and drives perfect with no problems. I would not hesitate to drive it anywhere. The Tacoma has new belts and a new rear bumper. The body does have some door dings nicks and paint chips which is expected for a vehicle of this age. The paint still has a very nice shine. The interior is clean with no rips or damage. All accessories operate as they should. The terms of my auction are as follows, winning bidder must contact me at auctions end no exception. A $500.00 paypal payment must be made within 24 hours of auction's end. I can pick up the winning bidder at the local Detroit airport or drop off the truck at your shipper. If you have any questions feel free to ask, I will reply with in 24 hours. Thanks for looking