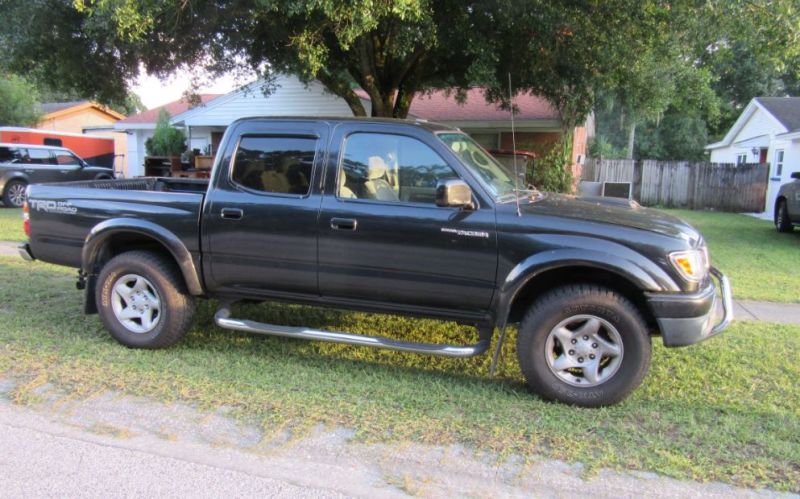 For Sale by private seller: 2002 Toyota Tacoma SR5 TRD Off Road 3.4 liter 6cyl automatic 4 door crew cab with full back seat. 4 brand new on or off road all terrain tires just installed. Tow Package. Runs and drives perfect! A/C Ice Cold! Premium Sound. Blue tooth, usb, aux, CD player. PA loud speaker for job sites. We are located near the Seminole Hard Rock Casino and the Florida State Fair Grounds in Tampa, FL right off of I-4 at the HWY 92/Hillsborough Ave Exit. We are available to show the Tacoma each week day and also over the weekend. give us a call or leave us a message when you'd like to come by and see the Tacoma. John or Dj 813-626-8236 This will be an all cash sale. No checks of any kind, No money orders etc, Clear Florida Title in hand. NO TRADES.