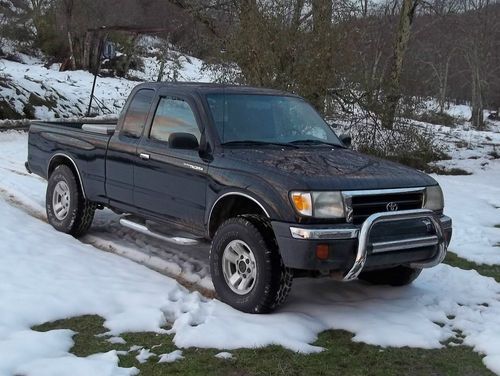 Extended Cab Pickup 2-Door 2.7L 4WD 5-speed
Wired with 4-prong hook-up for towing lights.
2-inch ball installed in bumper for towing.
New full-size spare.
Exterior lock-in hubs for 4WD.
Camper shell with rack is included,
but back glass in camper shell is broken.
Nerf bars on sides; brush guard; bedliner.
Never wrecked; original paint.
Frame is perfect, no rust.
Minor exterior scratches.
Passenger window does not go down.
Window presently in the up position.
We believe it may need new window motor.
Truck is driven daily, ready to use.
You won't be disappointed!