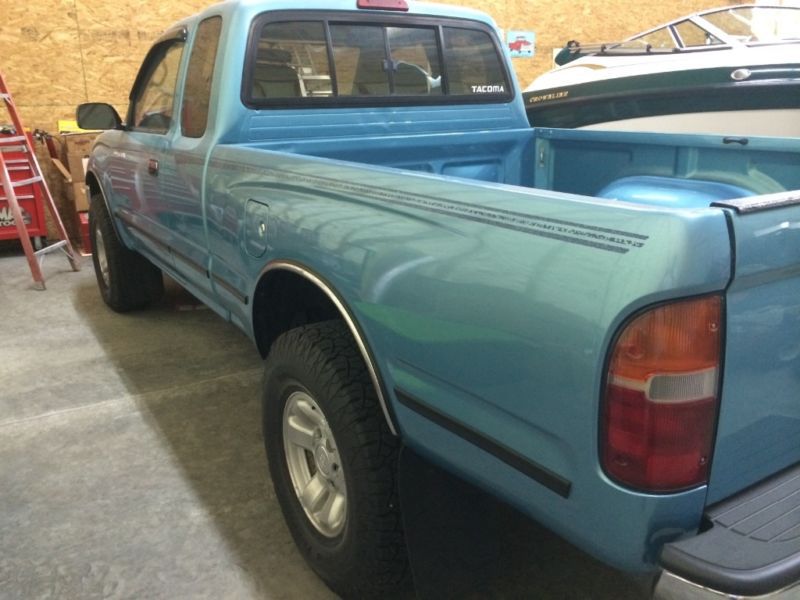 Feel free to ask me any questions about the car : edmundoegguderjahn@ukideas.com .

1995 toyota tacoma SR5 75,000 original miles. Won't find one nicer. Everything works no leaks uses no fluids drives
like new. 4wd works as it should. Original everything down to the radio. Only non original parts are different rear
mud flaps and Crome exhaust tip. I bought this from an older gentleman who added those items. Heater blows hot and
AC is ice cold. Power windows and locks. The bed on the truck has hardly been used see pics. All the vin tags are
on the truck with the vin number on them. This is as close as you will find to a new 1995 tacoma. This is an
arkansas truck so there is no rust WHATSOEVER. If you need additional pics I can get them.