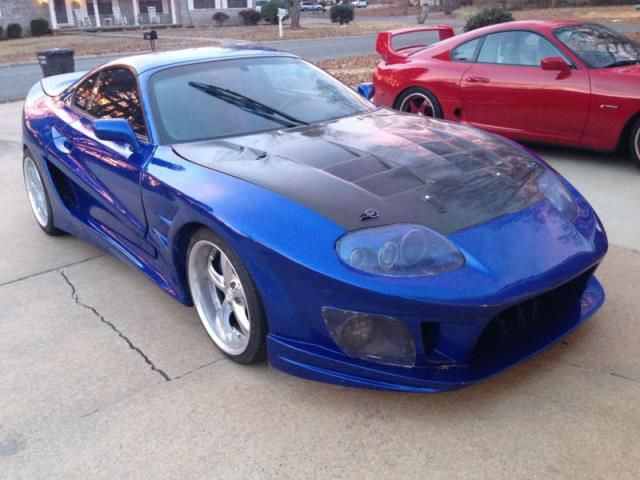 hi i am selling my 1995 widebody supra single turbo.making around 600hp on pump gas. if you looking for supra you known it cost lot of money to build. my lose is you gian..car will drive anywhere you want too.not a single problem. i like see smile on buyer face and thanks me. selling because want something different. red supra also for sale that one is makig 1000rwho on E85.thanks for looking.they all well kept. lets go to the fun parts;