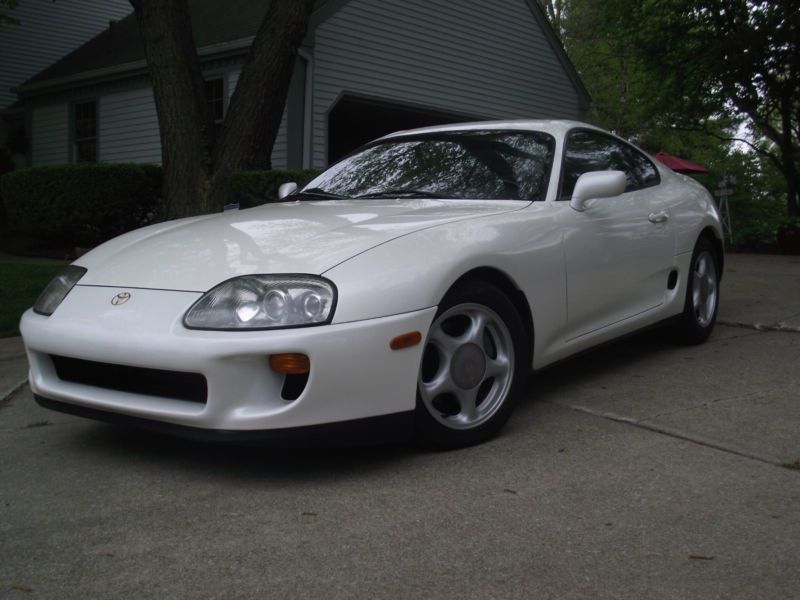 If you have any questions please email at: calebcrriechman@uktraders.com .

1995 Supra SE, 2JZ twin cam, fuel injected 3.0L, 4 spd Auto w/OD and manual shift mode. Body is in very good
condition. Fully independent suspension, Pwr windows, door locks,mirrors, antenna. Air,cruse,alarm, Alloy wheels
New Firestone Firehawk tires. Cloth sport seats. One owner adult driven 105900 miles. All stock, never modified.
Never seen snow. Always garaged. Always used synthetic oil. No rust ever, no rattles, no issues. Engine and trans
are smooth running. Drives and handles perfectly. Not a race car but so much fun to drive. Somebody puts their
business card on the window every time we take it out. My wife and I love this car but we have driven it only
about 50 miles in the last 4-5 years. So, we are trying to convince ourselves that it is just a car and it will
not hurt very badly to sell it. Irreplaceable at this price. We would just keep this rare and beautiful machine
if we were planning on replacing it with some other toy. There just is nothing that compares.