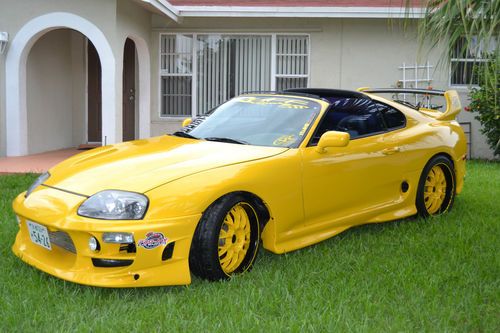 Condition: UsedA vehicle is considered used if it has been registered and issued a title. Used vehicles have had at least one previous owner. The condition of the exterior, interior and engine can vary depending on the vehicle's history. See the seller's listing for full details and description of any imperfections.Seller Notes:"This is the lease expensive, complete 600HP SUPRA, showcar on EBAY, guaranteed. I have invested over $35,000 cash and my time and labor to build this car, you get to turn the key and go win shows. No trades, deals!"

This is the lease expensive, complete 600HP SUPRA on EBAY, guaranteed. I have invested over $35,000 cash and my time and labor to build this car, you get to turn the key and go win shows.  No trades, deals, or low ball offers, you know what the demand and value is of this car if you had to build it yourself.