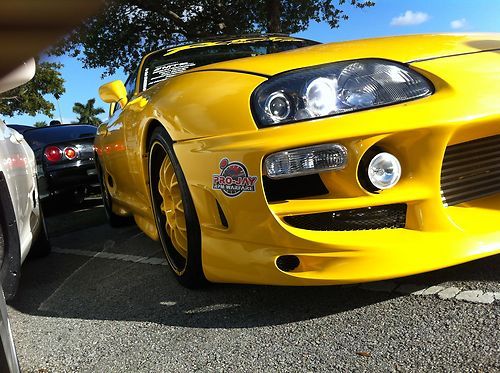 This is a custom build Toyota Supra Single Turbo upgrade with twin Walboro fuel pumps, lines and Fuel Rail. The 1000cc injectors are powered by a MapEcu.  SuperDragger HKS exhaust complete from front to back, but is very quiet.  Competition Yellow wins every car show and turns heads like no other. Call for moe specific details, this is a build in progress

Must Sell fast going back to school