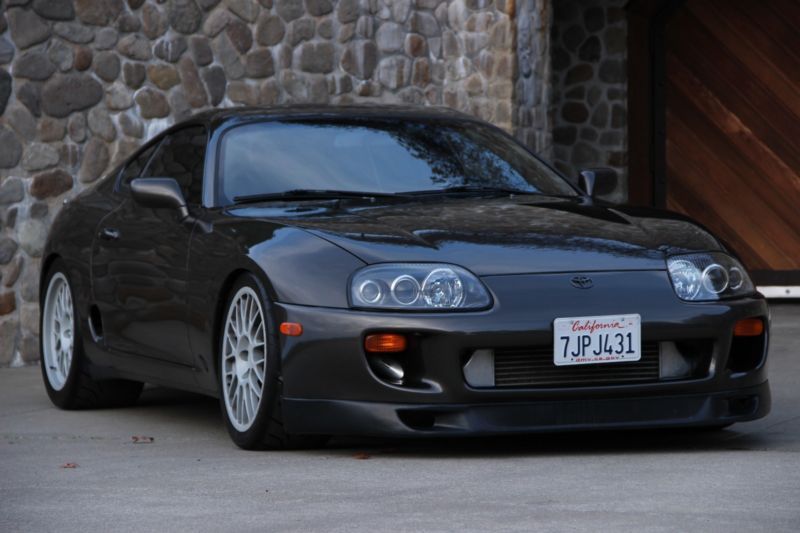 Please email me with any questions or requests for additional pics or something specific at: cleotilde.filice@chewiemail.com .

Up for sale is my Pristine HardTop 1993.5 Toyota Supra equipped with an original factory 6-Speed Manual
transmission as well as it being a factory Hardtop. Numbers vary but Toyota only built less than 300 HT 6-Speed
Supras with only about 19 being made in the color Anthracite. To add to the rarity, this is also a factory wingless
Supra with cloth interior, truly a one of a kind. A few upgrades for starts include the following:
-AEM V2 Standalone ECU
-Precision 6870 turbo
-Penske Racing Coilovers
-6 Piston Brembo brakes in the front, 4 piston Brembo brakes in the rear.
Dual Walboro 450 in tank
-Flex Fuel, around 500whp on 91, 760whp on e85
-Greddy 3 row intercooler
-Custom Radiator
-GSC cams
-Southbend twin disc clutch
-Upgraded Diff
This Supra was completely unmodified until 100k miles and was built with only quality performance parts mostly
worked on by Supra Specialist Lawrence Shipman, Very clean and well taken care of. Feel free to contact me and ask
any questions, this is your chance to own an extremely rare supra and investment opportunity as these Supras are
subject to appreciating in value.