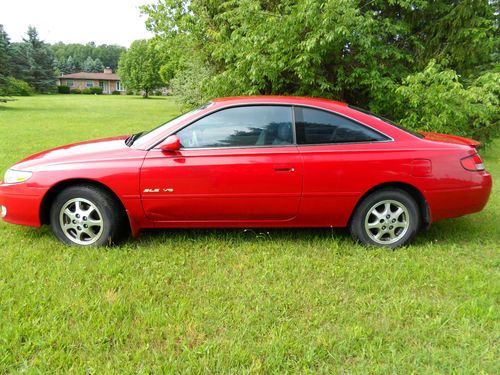 Condition: UsedA vehicle is considered used if it has been registered and issued a title. Used vehicles have had at least one previous owner. The condition of the exterior, interior and engine can vary depending on the vehicle's history. See the seller's listing for full details and description of any imperfections.Seller Notes:"Small dent on lower driver's side door."

1999 Toyota Solara SLE. Arkansas car. 2nd owner. No rust. Mostly highway miles. Regularly commuted from Arkansas to Michigan. Best car we've ever owned (never broke down) and still has a ton of life left in it. Maintained and changed oil every 3,000 miles. Recently had tie rods and struts replaced and had a complete tune-up. Small dent on front of driver's side door.