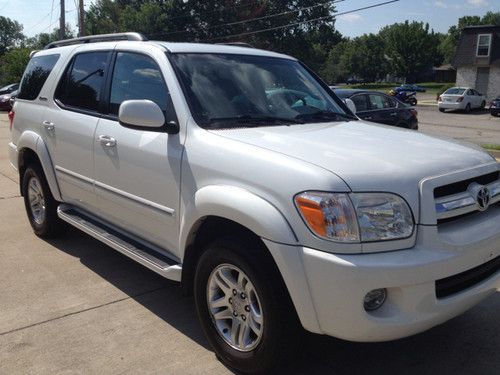 Condition: UsedA vehicle is considered used if it has been registered and issued a title. Used vehicles have had at least one previous owner. The condition of the exterior, interior and engine can vary depending on the vehicle's history. See the seller's listing for full details and description of any imperfections.Seller Notes:"This Sequoia has every feature you are looking for in a full size SUV. Except for normal wear, there are no major dents or dings. Has small dent on rear bumper and a scratch on right side after a parking lot mishap."

This is a well maintained Sequoia whose only defect is as a result of normal wear and not abuse. Please note there is a small dent on the rear bumper and a blue/black paint residual after someone scratched the car in a parking lot (and disappeared). The driver seat is showing signs of wear with a crack but no tear. Comes from a non smoker and I am the second owner. No mechanical issues that I am aware of.