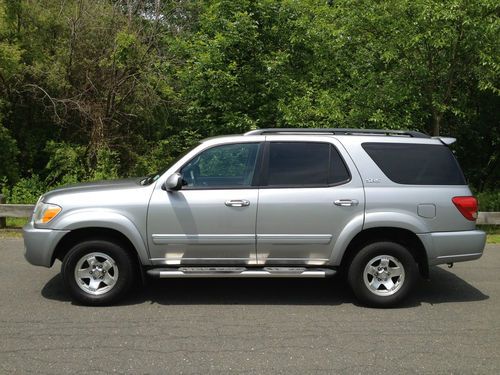 Condition: UsedA vehicle is considered used if it has been registered and issued a title. Used vehicles have had at least one previous owner. The condition of the exterior, interior and engine can vary depending on the vehicle's history. See the seller's listing for full details and description of any imperfections.Seller Notes:"2005 Toyota Sequoia SR5 2WD with 86K miles. Clean Carfax, no accidents, new tires."

Up for sale is a 2005 Toyota Sequoia SR5 2WD with 86K miles.  The truck runs and drives excellent.  It has a clean Carfax and has never been in an accident.  The tires are in great condition.  Engine and transmission both run great.  This truck was owned by a good friend of mine that bought the truck with approximately 56K miles in 2011.  He has since bought a new truck and no longer needs this one.  There are no liens on the truck and the title is clean.  Only payments accepted are cash or a certified bank check.  A deposit of $250.00 can be made through Paypal.  Please make reasonable offers.  If you have any questions, please feel free to contact me.