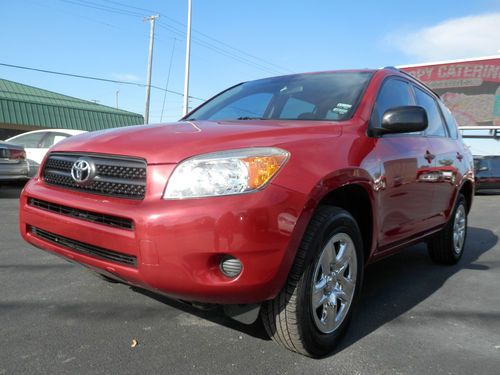 Condition: Used: A vehicle is considered used if it has been registered and issued a title. Used vehicles have had at least one previous owner. The condition of the exterior, interior and engine can vary depending on the vehicle's history. See the seller's listing for full details and description of any imperfections. ...
2007 Toyota RAV4. 4cyl Automatic GAS SAVING SUV!!!
J.D. Power and Associates gave the 2007 RAV4  4 out of 5 Power Circles for Overall Initial Quality Mechanical.
If you want great MPG, this SUV is it! Don't wait, because the next guy isn't!
This is priced to sell and WILL NOT LAST LONG!!!