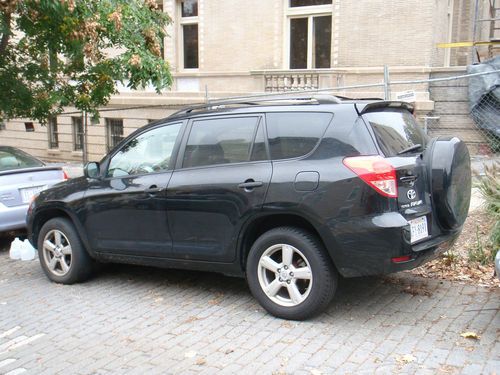 Condition: Used: A vehicle is considered used if it has been registered and issued a title. Used vehicles have had at least one previous owner. The condition of the exterior, interior and engine can vary depending on the vehicle's history. See the seller's listing for full details and description of any imperfections. ...
I bought this car from a dealership in Madison WI in 2006, prior to that it was a rental car. I am selling it because I now live in DC and don't need a car. The car is in excellent mechanical shape. There is minor staining on the floor matts, minor paint scratches on the bumper where I have bumped things parking.
4 cylinders
current VA state inspection sticker
oil change up to date, has always been up to date, have all paperwork to prove it
September 2010 New front brake pads, discs and rotors cost $431.35
March 2009 New rear brake pads, discs and rotors cost $313.17
spare tire
AUX audio connection and chord included to play any ipod/iphone/ipad through stereo system
4 wheel disk brakes, air conditioning, AM/FM radio, anti-lock brakes (4) automatic transmission, bucket seats, CD player, clear coat paint, cloth seats, console/storage, cruise control, driver/passenger air bags, dual power mirrors, full wheel covers, intermittent wipers, overdrive, power brakes/locks/steering/mirrors/windows, privacy glass, rear defogger, rear spoiler, rear step bumper, rear window wiper, search/seek, stability control, stereo, telescopic wheel, tilt wheel, traction control, body style 4D UTV
Have all original paperwork/receipts