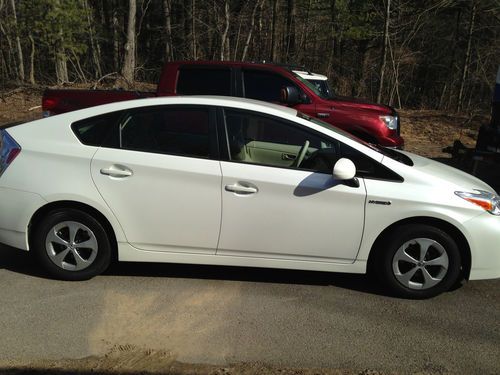 You are bidding on a 2012 Toyota Prius IV Hatchback 4 door with 16,900 miles in excellent condition!  White with tan interior.  Purchased brand new less than a year ago.

Buyer is responsable for all shipping costs.