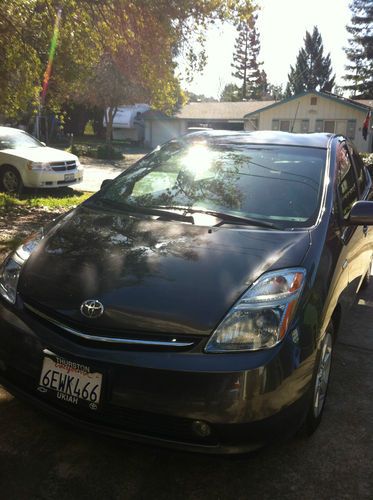 2008 Prius in great condition, only 71,800+ miles on it! It gets GREAT gas mileage, I only have to hit up the gas station every other week!! Its awesome! Unfortunately, I have to trade this for a gas guzzling SUV that is more fit for mountain living. So, I am selling my beloved car, practically giving it away! $14,000 and its yours. Think of the $$$ you'll be saving on gas!! That's not the only perk, though!! The car comes with a back-up camera, plenty of room in the back for groceries that you can pile high, (trust me, last Costco trip was a revelation in how much that little car can hold!!), and the seats fold down. ALSO, it has a 6 disk cd changer system, keyless entry and Bluetooth. Its an awesome car.