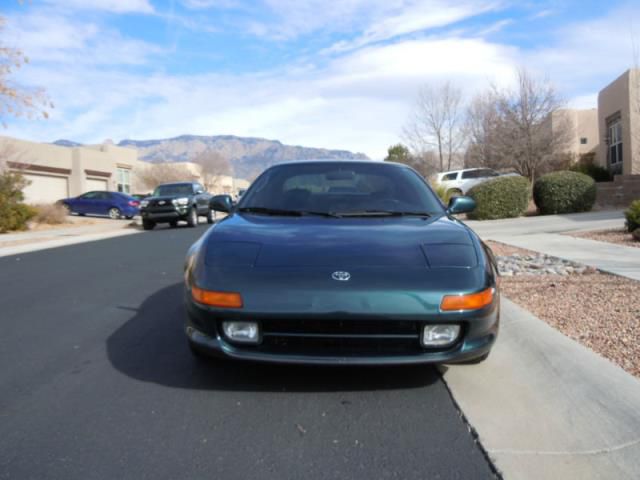 Beautiful low mileage MR2 Turbo in original condition. This car is all stock with every factory option that was available in 1991. Options include t-tops, leather, power steering, fog lights, and the premium sound system. I replaced the stereo with a new Alpine unit that features a USB port, and XM radio. This car drives like new, and has been well maintained. New tires are the correct factory size, newer window tint, new factory leather shift knob and shift boot from Toyota. Everything works on the car. If you are looking for an original MR2 that you can collect or drive every day, this is the car. Factory color is called Aquamarine Pearl. You will not be disappointed with this garage kept MR2, Please note that the mileage is original.