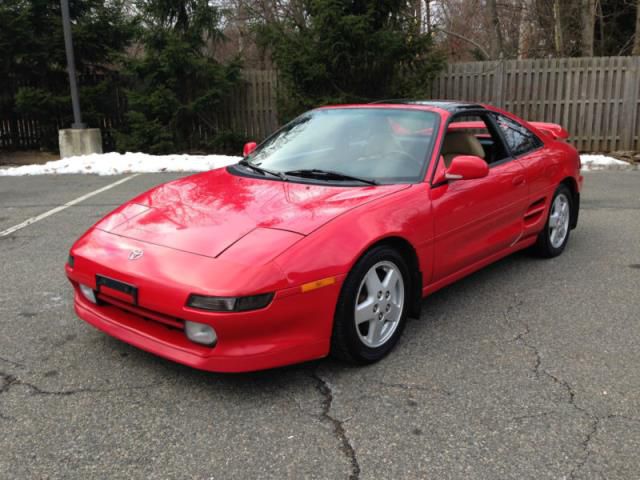 1994 Toyota MR2 turbo. They are considered the Toyota MR2 specialists. This car drives and operates wonderfully. Adult owned and not hacked up by today's youth. There are no creaks, rattles, or weird noises when driving and the engine and gearbox are in perfect working order. The car is wearing its original bodywork and the only things not original to the car are the black carpets and front turn signals. The previous owner replaced these two items due to wear and tear on the tan carpeting and fading on the turn signals up front. The MR2 is fully loaded with every available factory option including theft deterrent system and keyless entry (TDSE). Listed below is the work Prime MR2 just completed on the car: Low mileage engine with 110k miles (original engine went bad due to faulty headgasket - You are welcome to take the original engine if desired)New Timing belt, water pump, idlers, sealsNew clutch, release bearing, bushing, and slave cylinder with fluid flushNew tune-up partsNew Stoptech brake pads and rotors all the way around with fluid flush