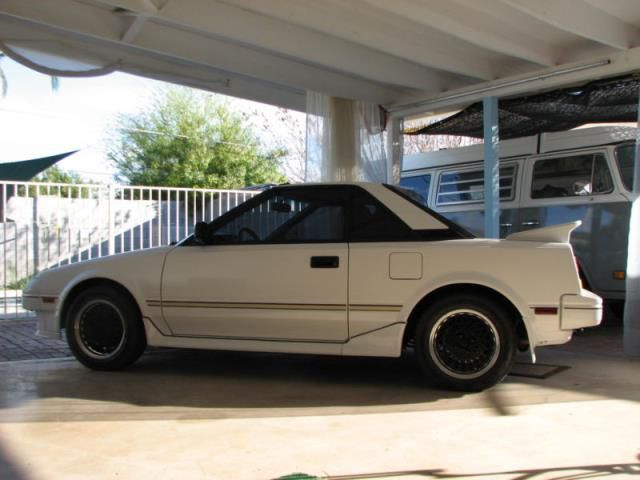 Uncut original with only 22700 miles on the odo. Exterior paint Toyota Super White is 100% original and gleams on every surface. 2 very small blemishes are shown in photos one on mud flap screw tab and a tiny chip inside a wheel arch. Also 2 micro dings on hood barely noticeable. Decals, pinstriping and side moulding all original and perfect. Interior like new in 1986. Windows have been tinted and velcro tabs have been glued to windshield for custom made sunscreen. Seats have been covered since new and are perfect black and grey velour. Glass is all original no chips. The car Idles, drives, brakes, steers like a brand new 1986 mr2. All original systems are working perfectly.