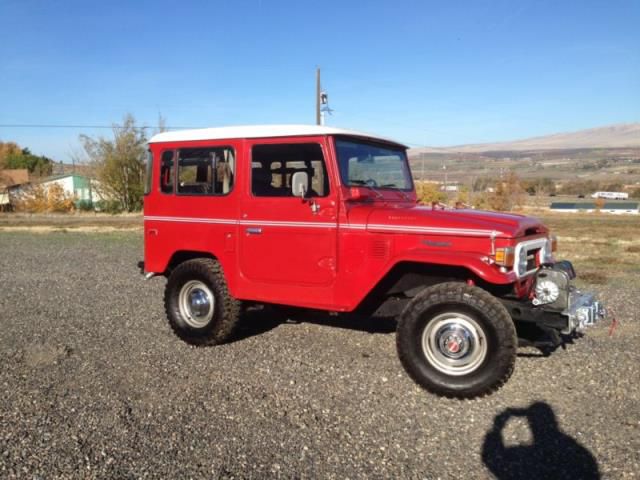 Normal 0 false false false EN-US JA X-NONE Owner description: This FJ was bought from the original owner part way through his restoration in 2014. An FJ restoration specialist finished the vehicle in late 2014, spending thousands in parts and labor to get this vehicle to the point you see it today. It was bought with 88,104 miles, just a few hundred miles more on it today after tuning/testing. This is one of the best FJ40’s out there, very nice body on restoration.