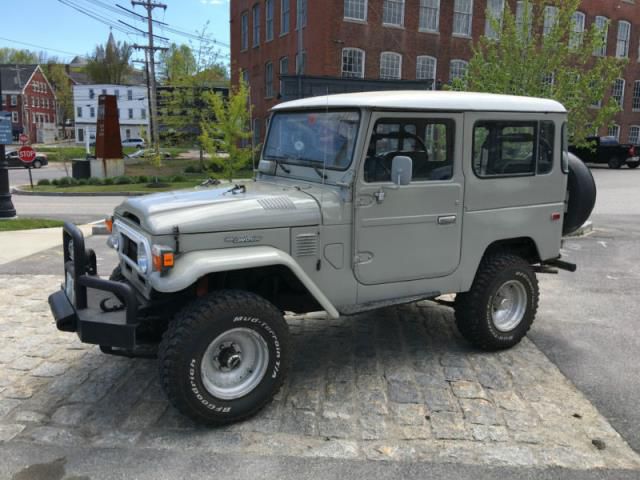 1978 Toyota Land Cruiser with a 6 cylinder motor and manual 4 speed. New things that also went into the Land Cruiser are new brake booster, new brake master cylinder, new front rear drums rebuilt, many new brake lines. The Land Cruiser runs well, goes down the road straight and brakes well. The clutch has a good feel to it and doesn't seem to slip at all. Everything seems to be in working order, headlights, blinkers, brake lights, reverse lights, heater fan, wipers and so on.
Any questions don't hesitate to e-mail me : kearnsdhzlaverne@netzero.com