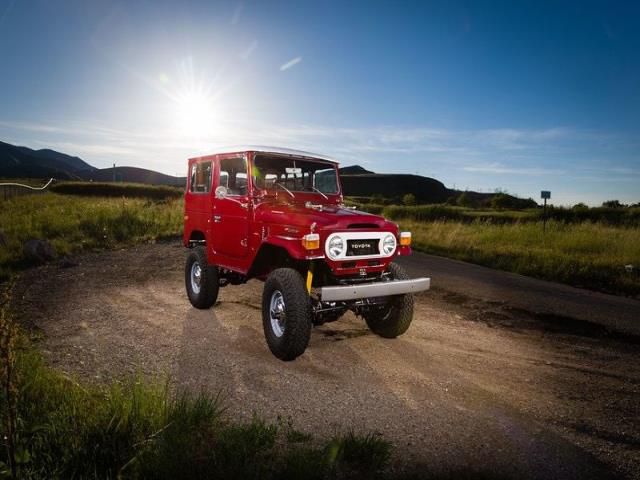 if you have any questions feel free to send a message : forestmrxmulvey@net-c.nl

TOYOTA FJ40 LANDCRUISER Description Odometer: 55,909VIN# Fj4025214Engine: 2FTransmission: Manual These year model have the most desired features by the mainstream market; i.e... Larger 2-F Motor, 4-speed Transmission, and Rear Ambulance Doors and upgraded POWER STEERING The Restoration process begins by using a  rust free FJ40 We begging by disassembling the FJ40's body. The hard top was removed and dismantled. All body attachments inside and out where removed from the body - including doors, hood, fenders, hinges, roll bar, seats, bumpers, all attachments, etc. After disassembling, 108 individual parts were sandblasted to white metal and sealed with self-etching primer for the ultimate rust protection. Each part was hand sanded three times before painting to assure the ultimate smooth finish. All body parts where individually painted before reassembly The factory acrylic enamel paint for a factory superior finish was use.