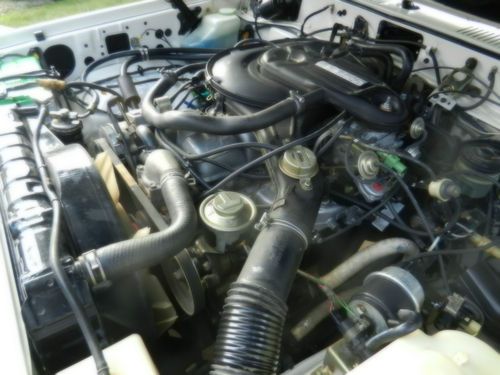 Condition: UsedA vehicle is considered used if it has been registered and issued a title. Used vehicles have had at least one previous owner. The condition of the exterior, interior and engine can vary depending on the vehicle's history. See the seller's listing for full details and description of any imperfections.Seller Notes:"Your Looking at a 1986 Land cruiser, that is show quality"

Exterior.  NO RUST, I had a few scratches and no clear coat from factory..  This vehicle was completely dismantled and restored, all glass was taken out, doors, fenders, hood, tailgates. The under side was rust proofed as well as rest of truck.

vehicle was restored by a premier body shop in the Midwest, LP Collision and Restoration, They have a year waiting list.  I will provide their contact information, so you can ask question as to the detail of work.

Vehicle is beautiful inside and out.

The reserve is low for type and quality of Vehicle, or you can email me with offers. email is amyhealey47@yahoo.com