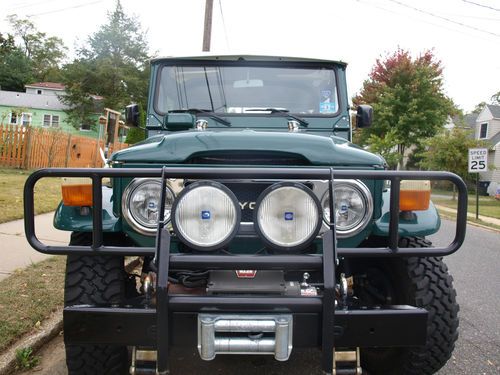 Condition: UsedA vehicle is considered used if it has been registered and issued a title. Used vehicles have had at least one previous owner. The condition of the exterior, interior and engine can vary depending on the vehicle's history. See the seller's listing for full details and description of any imperfections.Seller Notes:"Truck was restored 6 years ago. Original Engine. Truck also includes Safari Rack, Custom Half Doors, and Original Ambulance Doors."

With a little bit of work, this truck will be ready for a Museum. Truck has been well maintained here in the Northeast for the last 6 years. Was used as a Daily driver for 4 years. This truck should be kept in a garage so that rusting does not occur. If you have any further questions, please do not hesitate to contact.