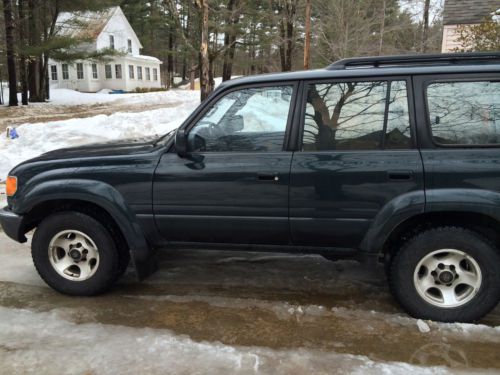 The Toyota Tundra debuted in new-ish form for the 2014 model year, but as we head into 2015, the truck boasts a couple of small updates. Most notably, the base V6 engine has been discontinued. On top of that, there's the new TRD Pro model on offer for 2015, which we've told you about before.
Why kill the V6? Simple - it was very low-volume. "The Tundra V6 take rate was significantly less than five percent," a Toyota spokesperson confirmed via email to Autoblog. So for 2015, the two V8 engine options remain - a 4.6-liter unit with 310 horsepower and 327 pound-feet of torque, or the more powerful 5.7-liter powerplant with 381 hp and 401 lb-ft. Both engines are mated to a six-speed automatic transmission, and rear-wheel drive is standard. Four-wheel drive, of course, is available with either engine.
The only other noteworthy changes for 2015 include an optional integrated trailer brake for the 5.7-liter models, a new rear under-seat tray storage system for Double Cab trucks, and a spray-in bed-liner. Scroll down for the official press blast.