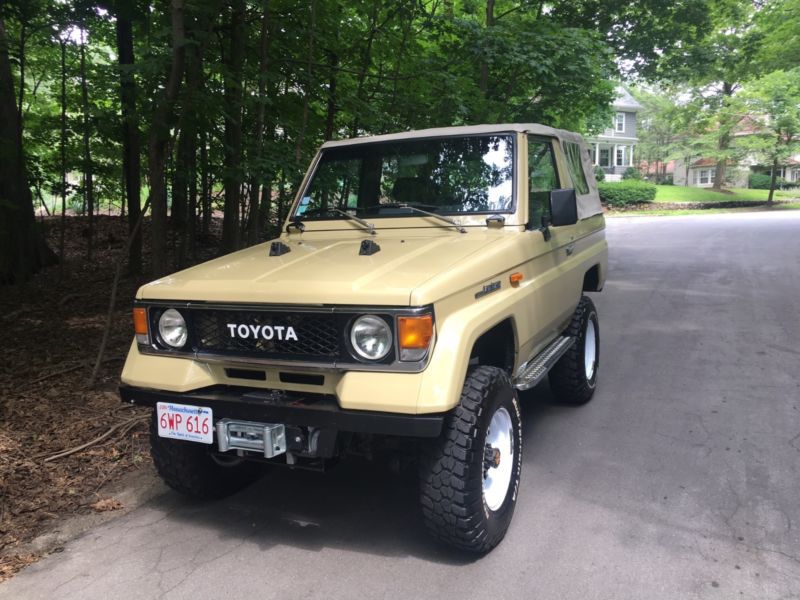 Actual VIN: JT1P0LJ7009501346
Here is an example of a rarely available LJ70 cabriolet with 5-speed manual transmission, left-hand drive. This
Cruiser also has the sought-after shock/spring suspension setup. The car drives, accelerates, and idles as you
would expect from such a low-mileage car. The suspension and tires soak up anything you throw at it as the
interior remains rigid with little, if any, squeaks or rattles. This car has to be driven to be appreciated.
During a refresh a few years ago, the car also received the following:
Old Man Emu suspension
Front and rear ARB air-locking differentials (the compressor is tucked away in the trunk)
Rear seat was replaced with a newer vinyl 70-series version
New rag-top (also comes with an aftermarket bikini top)
Custom Front and rear off-road steel bumpers (with integrated tow-hook)
Front 6,000lbs winch (with remote activation)