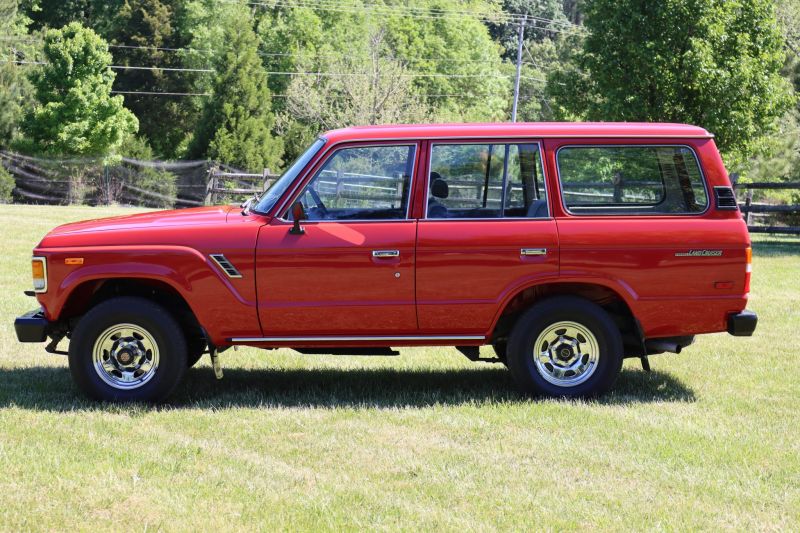 eMail me for more details : RandyMac@consultant.com This 1985 Toyota Land Cruiser FJ60 up for sale. Finished in red over gray upholstery, the truck is powered by a 4.2-liter straight-six paired with a four-speed manual transmission and a two-speed transfer case. Features include chrome-clad 15" wheels, front disc brakes, locking front hubs, an aftermarket exhaust, a push-button radio, cloth and vinyl seats, and chrome bumpers. Service included a repaint and engine refurbishment as well as air conditioning, brake system, and suspension work. This 60-Series Land Cruiser has 206k miles and is now offered with a window sticker, factory literature, service records, a Carfax report, and a clean title .