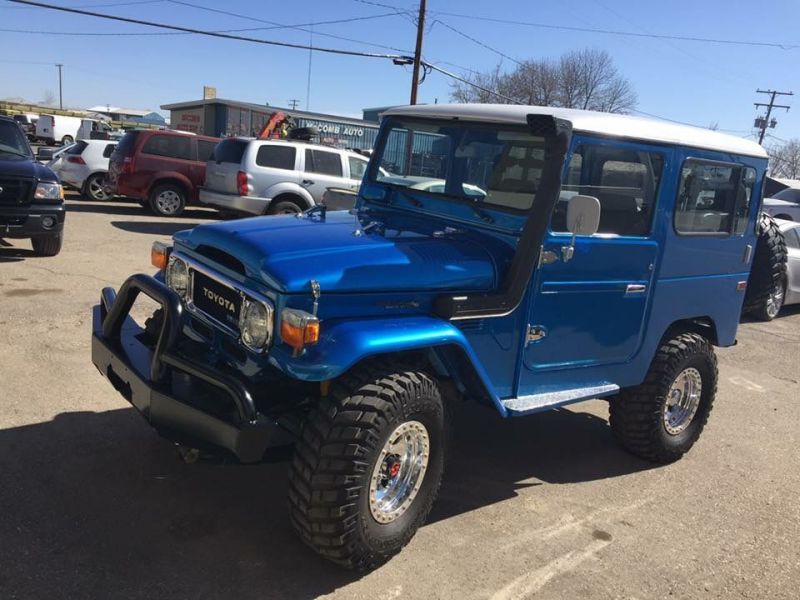 Just email me at: coreenceemlin@liverpoolfans.com .

This 1983 Toyota Land Cruiser BJ 42 Diesel 5 Speed manual has had a ful lFrame Off restoration Everything is Rebuilt and New! The pictures don't do this beauty justice and this is the holy grail of Toyota 4x4, no expense was spared and this is the nicest BJ42. It has all new old man Emu suspension and 33"Tires! Arb front bumper and snorkel, everything else the pictures will speak for themselves!