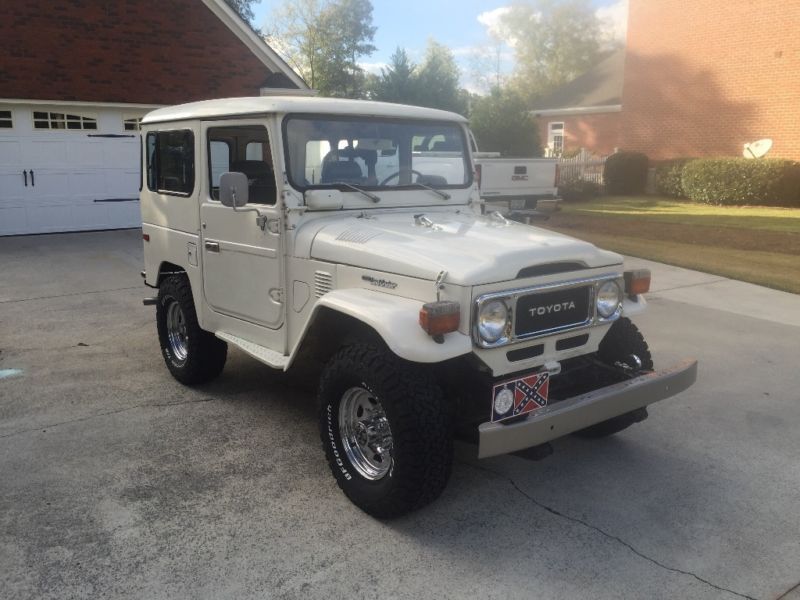 Up for sale is my 1982 FJ40. I bought this FJ40 from Chris Wade, well known FJ Restorer. It's unrestored with
86,000 original miles except for some touch up on the paint and was used by the LA County Sheriffs Dept for years
and then Montrose Search and Rescue. You can see all of the spot welds on the body panels and you can see where the
Sheriffs decals and the word SHERIFF decals were on both door. There is no rust and it needs nothing to drive and
enjoy. We drive it weekly and I wouldn't be scared to drive it anywhere. Has the original Engine, Trans, rear
axle, frame and body. I Cleaned and buffed the paint and then added all new oem Toyota emblems, hooks etc. I have
added Original FJ chrome wheels, brand new BF Goodrich All Terrain TA tires, Toyota chrome grille and chrome tow
hooks. Has original grey Toyota front and rear mats, original tool bag with tools and jack and original owners
manual.